Bourbon and barbecue go together like steak and potatoes, which is what makes Lillie's Q's limited release bourbon barrel aged smoky barbecue sauce such a special treat. The booze-infused 'cue sauce goes on sale tomorrow, June 21, at both Lillie's Q locations in Bucktown and the Chicago French Market. Considering how ravenous Chicagoans are for barbecue and bourbon, I'd get there sooner rather than later if I were you.


The sauce originated from Lillie's Q's most popular sauce, the smoky variety, a traditional Memphis-style medley imbued with a hint of smoke. Chef/owner Charlie McKenna aged it for six months in a Henry McKenna (no relation, but what a nice coincidence, huh?) Single Barrel bourbon barrel from Heaven Hill Distilleries in Bardstown, Kentucky. The smoky, bourbon-y, aged sauce is poured into 16 oz. glass bottles, sealed with hand-dipped black wax on top, and emblazoned with a black and gold label more blinged out than a Jay-Z album cover. They go for $15 a bottle, and with only 200 bottles available, you'd better act fast, 'cause these puppies are bound to sell out faster than cronuts.


In case you were wondering, the sauce was bottled and stored before the March 14 fire that broke out at Lillie's Q, causing crippling damage and a months-long closure. Rest assured that the sauces were not harmed during the fire, and they've been carefully inspected to ensure quality. If anything, it's extra exciting to buy a sauce that survived a fire, like purchasing a relic from the Titanic. To snag your sauce, you must physically go into either Lillie's Q location. They are not for sale online, nor are they stocked on the tables for dine-in patrons or served with to-go orders. Let the great sauce rush begin! 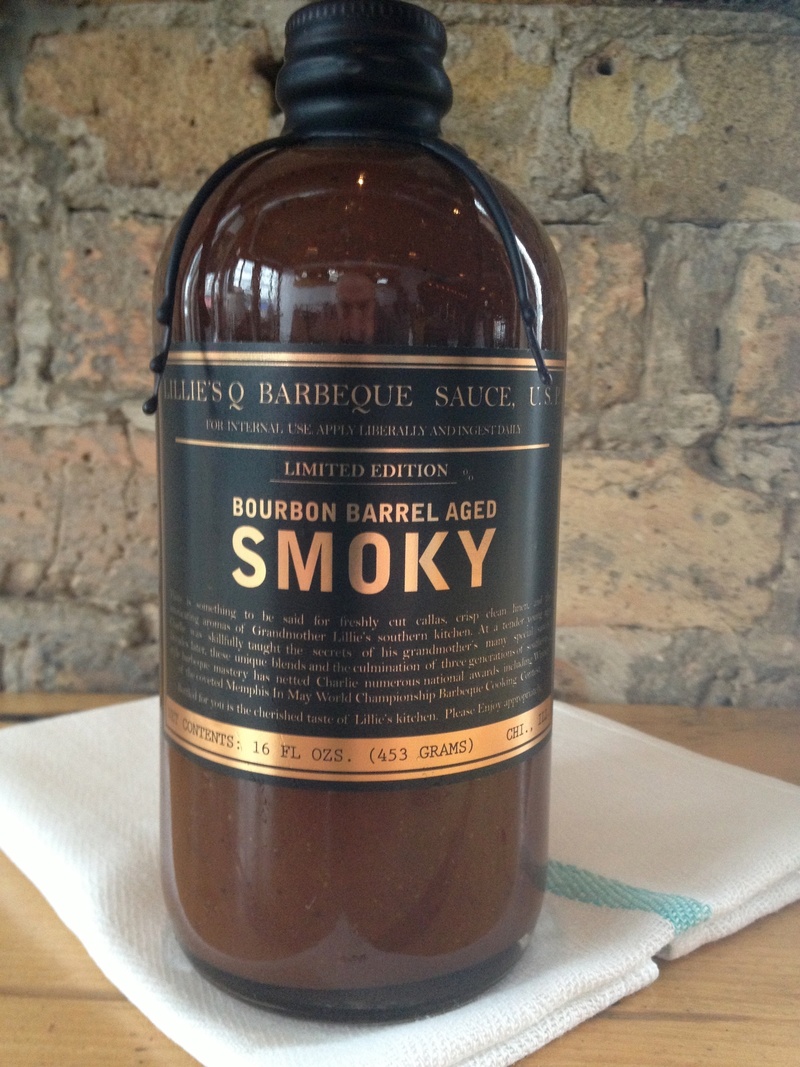