It’s Halloween in America. Ghouls lurk in shadows, ready to pounce on screaming visitors who are there to be scared witless. Axe murderers, killer clowns and every psycho fiend imaginable makes an appearance, howling and dripping blood. There are witches and mummies and corpses. And the crowd loves it, screaming with morbid delight. This is the great American haunted house, and they’re all over the place, in towns large and small, every October, leading up to Halloween.

The Mexican Day of the Dead (October 31-November 2) is not like the American Halloween, though it falls around the same time of year and it’s now celebrated in Chicago and all across the U.S.  On this holiday, which has pre-Columbian roots, there are people in skeleton costumes and skull-like white and black makeup, usually on parade, dancing and making music, cavorting with glee, as the dead might do if they did, indeed, come back among the living.

And there’s eating. Lots of eating. Chicago has a large Hispanic population and several high-end Mexican restaurants, so you can expect that Day of the Dead will bring out many people to celebrate the day…and eat themselves silly.

Here are five of Chicago’s best restaurants for celebrating the Mexican holiday of Day of the Dead.

Frontera Grill.  Frontera Grill is where it all began for Rick Bayless, a Chicago chef whose name has become synonymous with the highest quality Mexican cuisine. At this relatively small, and now humble sibling of the somewhat newer, fancier and bigger Topolobampo, Bayless began to cook his version of Mexican cuisine, using the best raw materials in dishes like duck breast in a classic mole, Oaxacan carne asada and simpler vegetarian dishes like Local Heirloom Carrots and Cauliflower Poblano Crema. On Day of the Dead, see if you can find Chef Bayless in white and black skull make-up.

Big Star. In hip and happening Wicker Park and Wrigleyville, each with its own Big Star location, expect to see a lot of people in skeleton make-up and fantastic costumes on Day of the Dead. Since the day it opened, Big Star has been all about tacos, and it’s still serving some of the best tortilla-wrapped deliciousness in the city. Standouts include Panza (pork belly), Yuba Guisado (tofu) and the Walking Taco (Fritos and beans). Also, lots of tequilas.

Mercadito. At Mercadito, the super suave Mexican-inspired restaurant and bar, there are three kinds of guacamole, three kinds of ceviche, many different salsas, and tacos, many tacos. The drinks list, as you might expect, is gigantic. On Day of the Dead, Chef Patricio Sandoval has given cooking demos and a blow-out Day of the Dead dinner, and we’re expecting similar events this year. 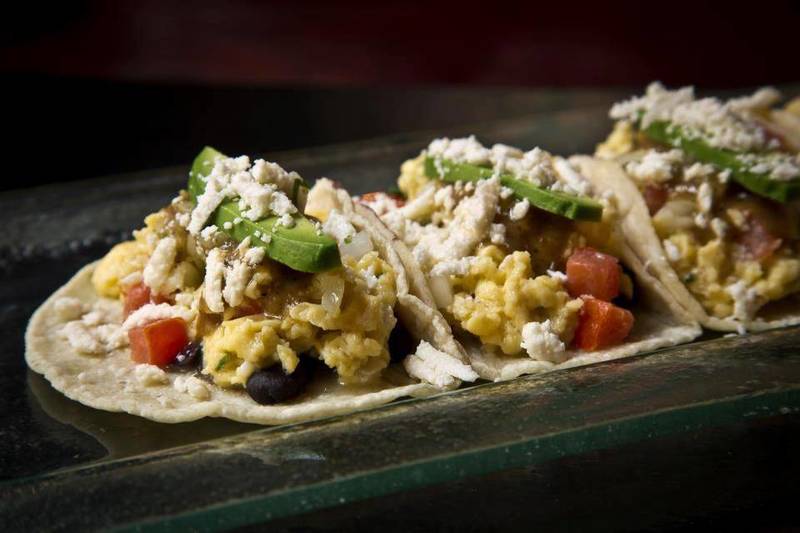 Cantina Laredo. With crafted cocktails and tortillas made by hand, Cantina Laredo has brought an upscale vibe to River North Mexican cuisine. This might be one place where you want to order a few drinks and focus on the finely made botanas (appetizers) including Tlayuda de Chorizo (a big tortilla loaded with spicy Mexican sausage), Ahi Tuna Tacos, and Flautitas (small, bite-sized flautas filled with chicken), all excellent drinking foods.

Dos Urban Cantina. Chicago Food Critic Phil Vettel called Dos Urban Cantina “the most important Mexican restaurant since Topolobampo.” This is some high-end Mexican cuisine, with dishes like Crispy Shrimp Taquitos and Charred Broccoli with Pork Chorizo. Dos Urban Cantina is exciting any day of the year, but on Day of the Dead, prepare to be wowed by some surprises.