Delving further than any film has ever delved into the relationships that arise in restaurants, Open Tables is a Chicago-based independent film shot exclusively in many of the city's top restaurants and bars. The film hones in on friendships and romantic relationships that unfold at dining tables, and how in this day and age restaurants play a crucial role in urban interconnections. Director Jack C. Newell has led a cast of characters through top-tier restaurants such as Perennial Virant, Topolobampo, Sepia, Longman & Eagle, Sixteen, and many more. Now the romantic comedy has wrapped production in Chicago, and is ready to jet off to Paris to finish filming.


A film about Chicagoans falling in and out of love in restaurants would not be complete without a jaunt to Paris, a city synonymous with romance and food. While most of the production took place in Chicago, a portion is to take place in the City of Lights. The film crew heads to Paris next month, joined by local Parisian actors and crewmembers. Excpect lots more food, plenty of romance, and all the croon-worthy Parisian accents you could dream of.


Open Tables is set to hit the table in 2014, at which point it will make the independent film festival circuit. 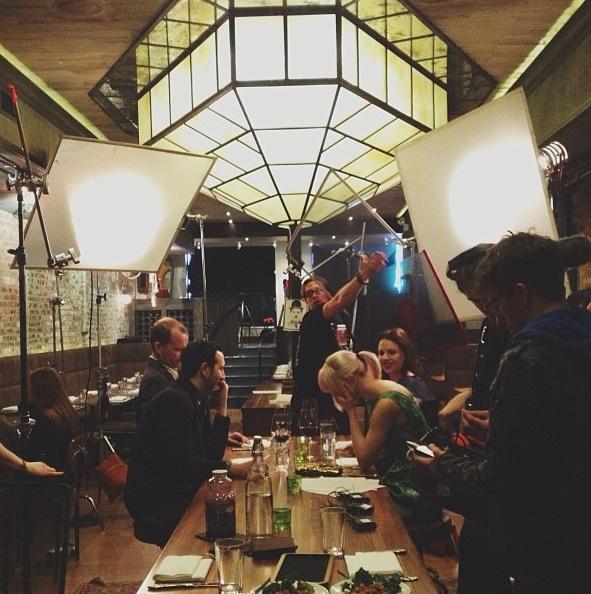