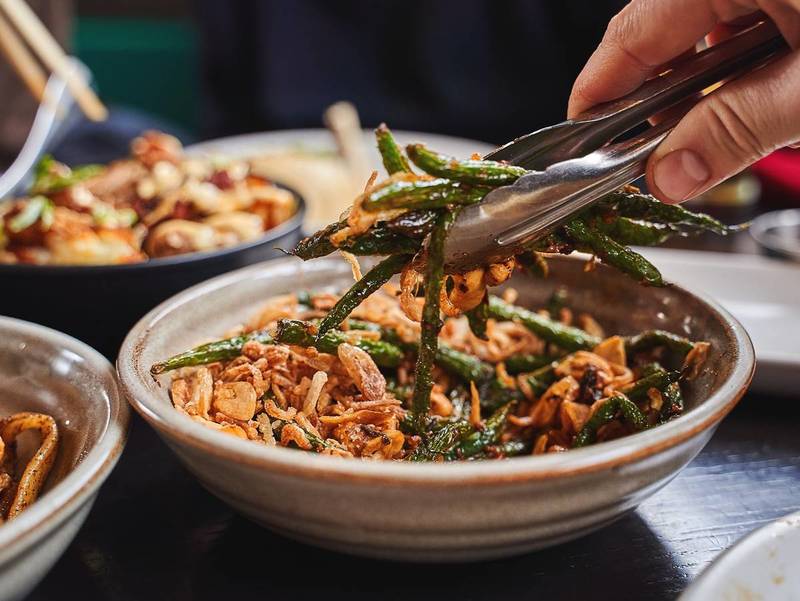 The traditional Chinese New Year festival marks the end of winter and the beginning of spring…and who wouldn’t want to celebrate that?  This “lunar festival” commemorates the arrival of the “new moon,” and in 2021, the party will be held on Friday, February 12.

Chicago is fortunate to have many wonderful restaurants specializing in the food of China, arguably the most popular “ethnic” food in the country (excepting, perhaps, for pizza). In addition to the rich restaurant offerings in Chicago’s colorful Chinatown, there are excellent Chinese restaurants all over the city and suburbs, and it’s no longer simply Cantonese (the regional variety many of us grew up eating). There are now many restaurants serving the foods of Sichuan, Hunan, Shanghai, and other regions within the vast land of China.

Incidentally, it’s the year of the ox, so the most appropriate dish to have might be oxtails.

Here are five of Chicago’s best restaurants, all serving some of the best Chinese food you’ll find in the Midwest.

Lao Beijing. Specializing in the cuisine of Beijing and Northern China, Lao Beijing offers a series of special pre fixe New Year’s menus. For the lunar festival, there are fish-focused multi-course menus (braised shark fin with crab, steamed grouper with vegetables) as well as more meat-focused menus (traditional roast Peking duck, steamed soon hock, and braised sea cucumber with pork tendon). During this upcoming Chinese New Year’s festival, there are literally hundreds of items available at Lao Beijing, and if you’ve never had the food of Northern China before, now is your chance. It is delicious.

Moon Palace. One of the first big Chicago restaurants to specialize in the food of Shanghai, Moon Palace in Chinatown remains one of the biggest names in Chicago Chinese food. The name “Moon Palace” seems to make it a prime spot to celebrate China’s lunar New Year, and the menu is impressive. We like the Shanghai fried noodles (with shredded pork and Napa cabbage), spicy Diced Chicken Shanghai-style (with onions and bell pepper), and Sliced Beef Shanghai style, which is also spicy, and the perfect warming dish for a winter night (even if it is the beginning of spring).

The Han Burger. If you’re aiming to please a large group of people, some of whom may be a little less adventurous than you, consider Han Burger, which merges the All-American burger with Chinese elements. The Han Solo (get it?) is pork belly marinated and slow cooked with traditional Chinese spices, served on a homemade bun with chopped cilantro and chili paste. We also like the Beef Han, with slow-cooked brisket, lots of spices you’ve come to know from other Chinese meals, all on a delicious bun. A new and exciting take on Chinese food, Han Burger gives big pleasure. 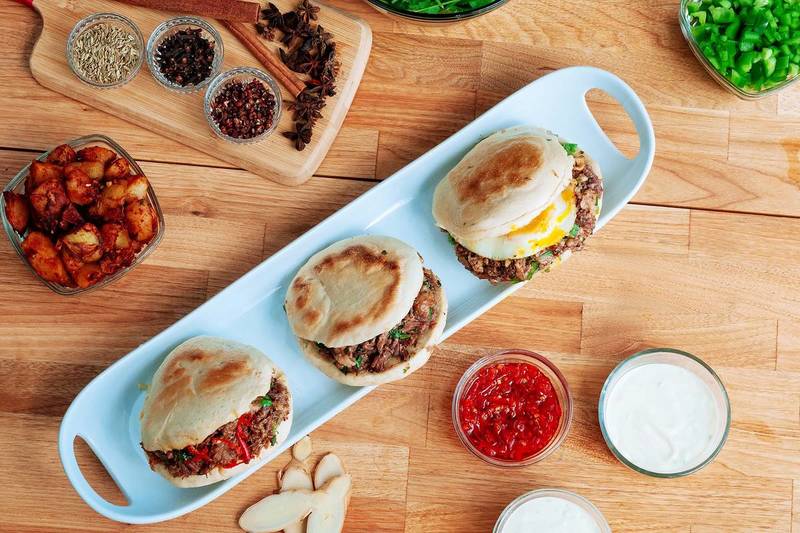 Big Bowl. Unusual in the world of Chinese cuisine, Big Bowl serves (guess what) bowls (!) of USDA prime beef, including one with prime flank steak, hand-sliced and served with button mushrooms, carrots, and spicy garlic sauce. Bowls is the name of the game here, and there are pan-Asian classics like spicy shrimp and scallops as well as Crispy Firecracker Chicken with spicy glazed cauliflower, scallions, roasted Fresno and jalapeno peppers. If you’re setting up for a group event, Big Bowl also offers convenient and crowd-pleasing family platters.

Duck Duck Goat. Stephanie Izard is one of Chicago’s premier chefs, and at Duck Duck Goat she sets before you a meal fit for Chinese New Year’s or, for that matter, any other day of the year. At this Fulton Market restaurant, Izard serves up the ever-popular dim sum as well as her own creations like Duck and Goat Spring Rolls served with the traditional hot mustard and sweet-sour sauce, Duck Fried Rice (jasmine rice, Peking duck meat, seasonal veggies, and a soft-boiled duck egg) and Xian Goat Slap Noodles (goat shoulder, cumin, Sichuan peppercorn, finger hot chili, fresh herbs). Duck Duck Goat is a beautiful example of how Chinese food can be shaped to meet the tastes of a changing demographic and a changing world.