In case you don't follow the restaurant scene with the fanboy fervor of an obsessive movie buff, it would behoove you to know that the biggest food awards in the world are taking place in Chicago next week, May 4. The James Beard Awards have long been heralded as the "Oscars of food," in that no other restaurant, bar, or food award ceremony can even come close to the glamor, the pomp, and the circumstance of this powerhouse event. For roughly a quarter century, the James Beard Awards have been held in New York City and nowhere else. Until now. Cementing itself as one of the most important food cities in the world, Chicago snagged the Beards from NYC last year, with May 4 marking our grand debut as the new host city for the ceremony. Chefs, restaurateurs, mixologists, designers, and anyone else who has anything to do with the country's best restaurants will be in attendance for the show, which takes place at the Lyric Opera House. Tickets are hard to come by and cost hundreds of dollars, so rather than sell your soul in order to schmooze with the celeb chefs, save it for some of the many James Beard events taking place around Chicago. From cocktail pop-ups and tap takeovers to steak demonstrations and elaborate tasting menu events, there's a lot to choose from:

Following the James Beard Awards on May 4, La Sirena Clandestina will host a pop-up for the Broken Shaker, Miami's revered cocktail bar that is opening a Chicago location soon in River North. It's an early sip of the imminent cocktail wonderland, taking place from 10:00 p.m. until 2:00 a.m. Guests can expect enticing libations from the Broken Shaker team of bar manager Freddie Sarkis and founders Elad Zvi and Gabriel Orta, such as a Banana Manhattan and the El Pastor, a smoked pineapple and tequila drink splashed with chorizo elixir. Chef John Manion will augment with complimentary bites like papas bravas, roasted sunchokes, and paella arancini.

A world-famous Italian butcher is in town this weekend for a special dinner at RPM Steak, as chef/partner Doug Psaltis partners up with eighth-generation meat maven Dario Cecchini.  Taking place May 2, the evening features chef demonstrations, Tuscan wine, and of course, fine dining. First, Cecchini and his team will demonstrate techniques for properly breaking down beef and pork. This will be followed by a multi-course dinner featuring Florentine steaks and prestigious Italian wines. Tickets for this esteemed event are $225 per person and can be purchased here.

Rather than hone in on a celebration or menu for one day, The Florentine is going several steps further with its James Beard Eats Week. In honor of the awards show and its namesake culinary legend, the Loop restaurant is running a menu full of dishes inspired by Beard's first cookbook published in 1940, available from April 30 through May 8. Additionally, The Florentine is offering a seafood tasting menu as an ode to Beard's hometown of Portland, Oregon. A la carte specials include chicken liver pate finger sandwiches, roasted veal with anchovy butter, broiled oysters with Gruyere, braised beef tongue, and foie gras crepes. 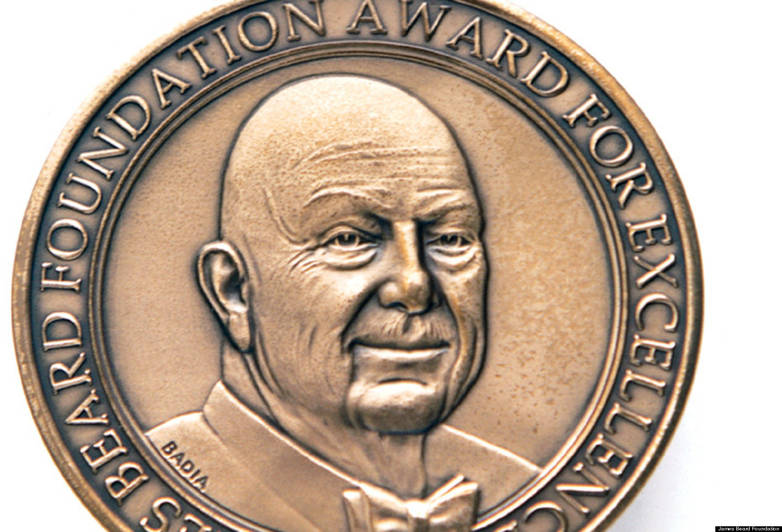 "Beers for Beard" is the name of a festive craft beer tap takeover going down at Bub City on May 2. From 10:00 p.m. until closing time, the River North barbecue bar will feature selections from Revolution, Moody Tongue, Penrose, and Local Option. There will also be live music from Senn Alan Band.

Then there's this. One of the crown jewels of the James Beard festivities may very well be the one-two punch of pasta class and pasta dinner hosted by Nico Osteria and Marc Vetri of Philadelphia's acclaimed Vetri (among other restaurants). Divvied into two different days, the first event is a pasta class and Sunday lunch on May 3. Here, guests will be able to partake in a pasta tutorial by one of the country's most revered Italian chefs, who will display some knowledge from his new cookbook, Mastering Pasta. On the agenda: fresh wheat pappardelle with basil pesto and short pasta with almond pesto. Then it's time to feast, complete with salumi, cheese, wine, and dessert. The event takes place at 2:00 p.m. and the cost is $200 per person, which includes wine pairings and a signed copy of Vetri's cookbook. Call the restaurant for reservations.

But that's not all! Nico Osteria and Vetri keep the pasta festivities going with a special four-course dinner on May 5. Starting at 6:30 p.m., the menu once again pays homage to some of the creations from Vetri's cookbook, and the ticket price of $150 includes wine pairings and a signed copy. The menu includes hors d'oeuvres like chicken liver and giardiniera crostini and oyster with lemon gelato; antipasti like poached pork loin al' tonnato and baccala mantecato fett'unta with Dungeness crab and celery; pastas including ricotta ravioli, almond pesto bucatini, and red fife wheat pappardelle; ham roasted in hay; and butterscotch bonet caramelized dates with sbriosolona, creme fraiche, and honeycomb. One again, call Nico for reservations.