In a rather surprise twist, one of Chicago’s most famed steakhouses is re-concepting its sister restaurant into a full-fledged seafood and steakhouse, with a famed chef at the helm. Ocean Cut takes over for C Chicago mid-May, from the folks behind nearby Chicago Cut. Not only does it make more sense in name, but conceptually the restaurant looks to become a lot more cohesive, inviting, and delicious, thanks to incoming executive chef Dirk Flanigan.

The chef has a lot of panache on the local food scene, having served as opening chef for The Gage and helping to pioneer a new era of downtown dining that seamlessly bridges the gap between pricey and affordable, tourist-friendly and enticing for locals. It’s a form he mastered at The Gage, and it’s something he’s out to replicate at Ocean Cut, which will be more in line with Chicago Cut when the project comes fully to fruition in the coming weeks.

Gone will be the hifalutin prices and stark ambience, to be replaced by a more casual, comfortably nautical motif that sets the pace for a pristine meal of seafood and steak. Flanigan has a sharp knack for twists and turns throughout his cooking, so expect novelties in dishes like crab claws, Bloody Marys, lobster burgers, and more. He’s also adding fish & chips to the portfolio, which bodes well considering his fish & chips at The Gage set a new standard in Chicago. 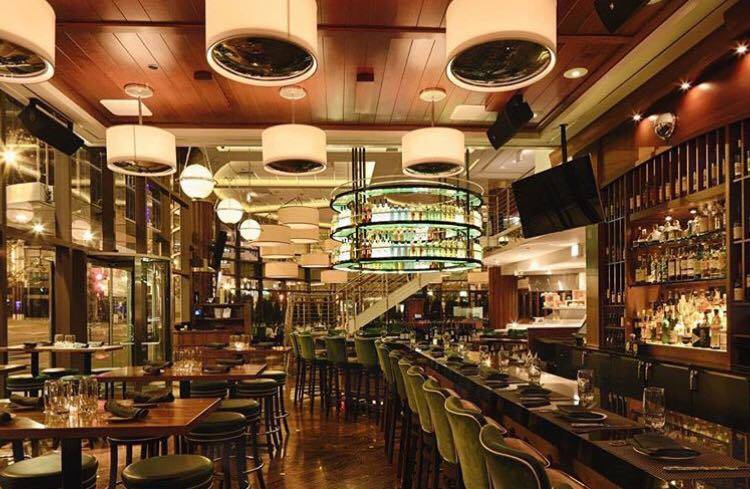 In addition to all the seafood, Ocean Cut will be adding more steaks to the menu, making it one of the most immersive and fully realized surf & turf destinations in town.