Your face is freezing and your hands are numb, but on the plus side there's Brussels sprouts. One of the tastiest silver linings that comes with cold weather in Chicago, Brussels sprouts have begun filling up menus all over town, giving us all something to cling to as we combat seasonal affective disorder and brave the merciless, impending chill. These versatile greens make everything worthwhile. Here's where to get your Brussels sprouts fix right now in Chicago.


Pickled Brussels sprouts are very much a thing, and they're featured on the menu at Cafe des Architectes.REstaurant Chef Greg Biggers thinks outside the Brussels box for his autumnal preparation of pickled sprouts with seared Hudson Valley foie gras, sourdough waffle, and pancetta-apple crisp ice cream. Actually, this is so far beyond the box I can't even see the box on the horizon anymore. Leave it to Biggers to wow.


The One Off Hospitality gamut loves a good Brussels sprouts dish. At avec, chef Perry Hendrix makes a mean Brussels sprouts panzanella with Calabrian chiles, golden raisins, and Fiore Sardo cheese. While The Publican's menu changes constantly, one favorite Brussels sprouts preparation is shaving them raw and thin, tossing them in lemon vinaigrette with mint, Parmesan, and charred red onions that have been soaked in balsamic. Sounds about right. 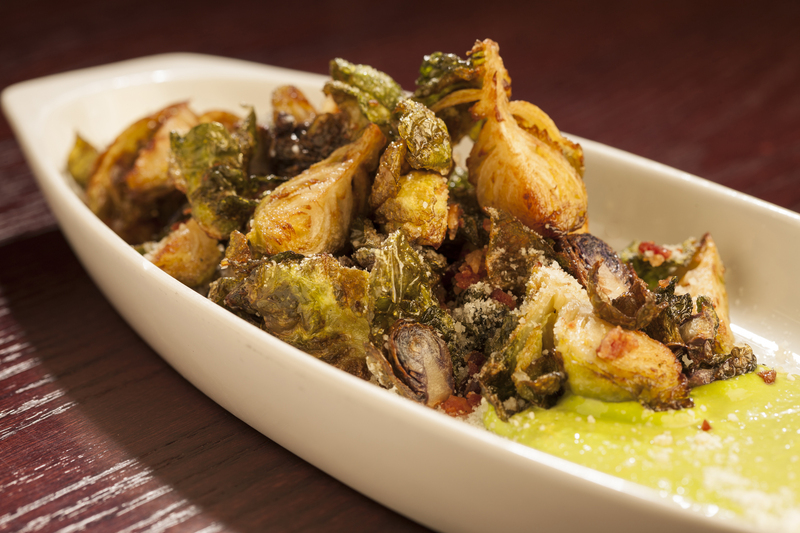 
Kabocha squash soup is pretty much the most perfect thing you can be eating this season at Kabocha. Duh. The restaurant is so named for the squash that chef/owner Shin Thompson grew up eating as prepared by his mother. He carries on the tradition by putting his own stamp on the ingredient, preparing slow-roasted kabocha squash soup and decorating it with Brussels sprouts leaves, spinach oil, and candied mushrooms.


Miso mustard is the special ingredient that makes jaws drop with MANA food bar's Brussels sprouts salad. The dish is a fall staple at the vegetarian restaurant, wherein Brussels sprouts are shredded and dressed with piquant miso mustard. 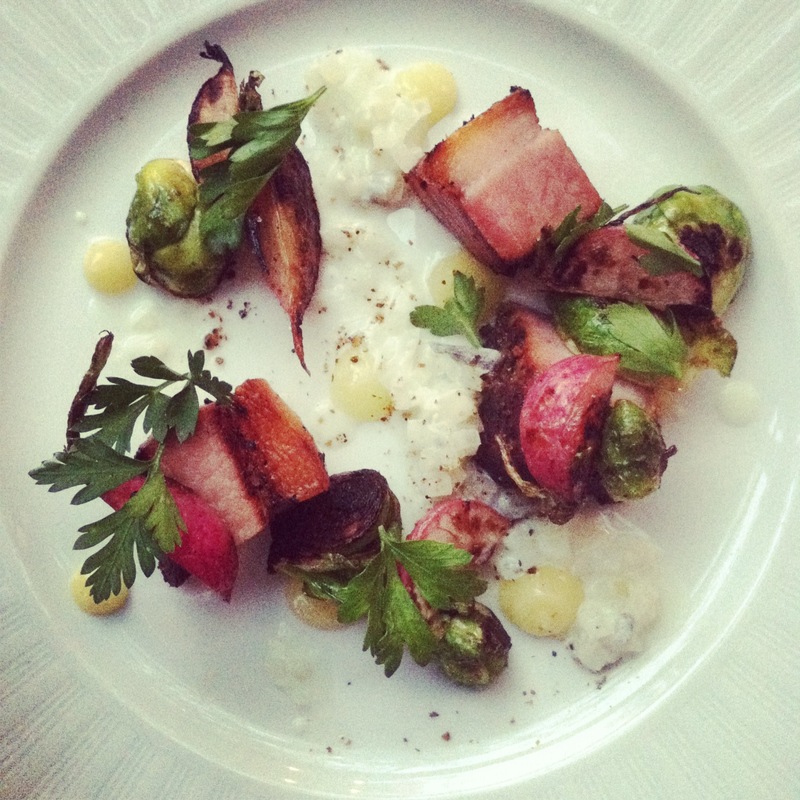 (More Brussels sprouts and bacon! At Table, Donkey and Stick)


At Prairie Grass Cafe, Brussels sprouts are king. They reign supreme this time of year as the top-selling side dish, due surely in part to the inclusion of bacon and cheese. The crispy sprouts are outfitted with smoky bacon and Parmesan cheese, adjoined by a bracing splash of basil remoulade.


Is bacon and Brussels sprouts this season's PB&J? Must be, because it's also on the menu at Table, Donkey and Stick. The restaurant is newly featuring Brussels sprouts combined with grilled housemade bacon, buttermilk-fermented onions, smelt anchovy, juniper, and radish.


Here's a recipe for success: Brussels sprouts + apples + pork belly croutons. It's all going down at Sable Kitchen & Bar. Shaved Brussels sprouts and slivers of apples are first strewn in brown butter vinaigrette, then topped with grated lemon zest, Pecorino Romano, smoked almonds, and the killer add-on, pork belly croutons. They're actually made by dicing pork belly, marinating them in buttermilk, dredging in flour, and deep-frying them until crisp and crouton-y.


Last but not least, one of the most incredible Brussels sprouts dishes I've ever tasted can be had at Allium. Here, crispy sprouts are immersed in spicy maple butter, sopping up all that sweet and heady flavor into their toasty nooks and crannies. To finish, the sprouts are flecked with, what else, bacon.