In this week's batch of brunch bites, Summer House Santa Monica hones in on lunch and The Monarch boosts its brunch program under new executive chef Peter Coenen. 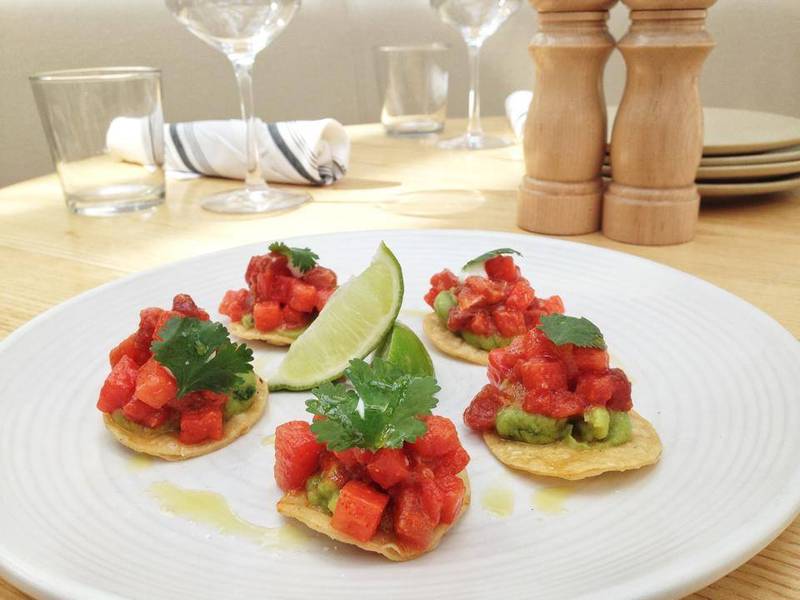 
OK so this isn't so much brunch as it is lunch, but seeing as lunch comprises a majority of that portmanteau, I'm going to roll with it. Summer House Santa Monica recently opened for lunch, bridging the gap bewteen its weekend brunch hours and daily dinner hours. Think of it as an early extension of its brunch program, available Thursdays and Fridays, featuring some of the lunchier options off the brunch menu along with several brand new items. There are salads and starters like fresh Burrata, ahi tuna tostadas, and artichoke and heirloom spinach dip, plus scrambled egg sandwiches, English muffin burgers, toasted cheese and mushroom sandwiches, a few taco varieties, pasta of the day, and fresh fish, among others. Seeing as most people don't need or want to get hammered at noon on a weekday, Summer House is kind enough to offer a few "zero proof" cocktails, like the Malibu Cooler with passion fruit, orange, and mint; the kale lemonade with fresh lemon juice and agave nectar; and the Acai Berry Smash with acai berries, basil, and agave.


Peter Coenen took the throne at The Monarch recently, fresh off a stint as executive chef at The Gage. He's brought his contemporary, crafty stylings to this Bucktown bar to reinvigorate the neighborhood gastropub template. And he's doing so by completely updating the menus, including the weekend brunch menu. So now you can eat cornbread grits topped with a poached egg, sweet spiced pretzels with golden raisin cream cheese, baby beets with licorice molasses, blueberry French toast with maple mascarpone, duck confit chilaquiles, scrambled egg croissant sandwiches, and more.