In this week's batch of brunch bites, State and Lake Chicago Tavern kicks off a football and fried chicken promo and Commonwealth Tavern launches its winter brunch menu. 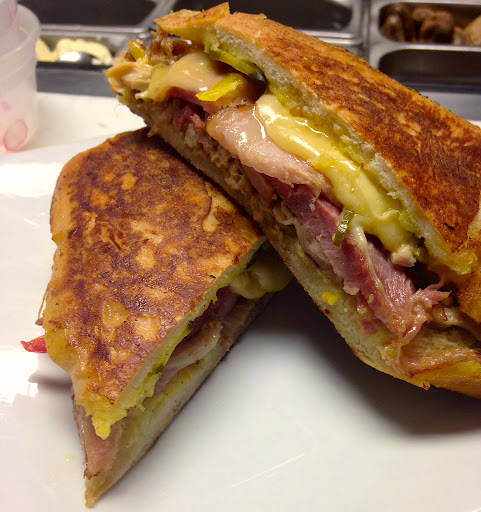 When it comes to football "brunch," the paradigm is typically reserved for tailgating and cheap beer. State and Lake Chicago Tavern bridges the gap between the two dynamic Sunday pastimes this season with its new Football & Fried Chicken Sundays promo, kicking off every Sunday at 11:00 a.m. At this time, the restaurant serves up a game time brunch showcasing buckets of fried chicken and biscuits. The chicken, brined overnight and twice battered, is available as a half chicken (five pieces) or full (10 pieces), each served with housemade biscuits and accompanied by a build-your-own Bloody Mary bar. It's a handy way to up the ante on the typical game day traditions.

Don't let the name fool you. Commonwealth Tavern has a knack for cooking up uncommon interpretations of delicious American staples. The Roscoe Village restaurant just released its new winter brunch menu, featuring a cozy miscellany of dishes prime for defending against the imminent frozen tundra. Said dishes include a Cubano made with local pork, Havarti cheese, bread and butter pickles, and tavern sauce; chilaquiles heaped with chorizo, salsa roja, Chihuahua cheese, pickled red onions, and cilantro; and a ham and eggs plate with grits.