Amy Morton has hospitality streaming through her veins, an attribute that manifests in multiple ways as the proprietor of Evanston's wildly popular Found. Daughter of revered restaurant legend Arnie Morton, Amy herself boasts more than 25 years in the biz, something she picked up anew with the opening of Found after taking a 10-year pause to raise her family, reflect on her spiritual lifestyle, and generally just be a well-rounded, wonderful person. Being the mindful, caring person that she is, Amy approaches her business with an altruistic ethos, one that entails giving back to the community and being hospitable in ways that go above and beyond. Not only does she curate a welcoming atmosphere with warm service at Found, but she celebrates local purveyors and farmers as part of her Moveable Feast series with chef Nicole Pederson, and she gives back to those less fortunate as a longtime board member of Connections for the Homeless. I touched base with Amy on what it means for her to be hospitable and community-oriented in the restaurant industry and how she strives to make the world a better place. 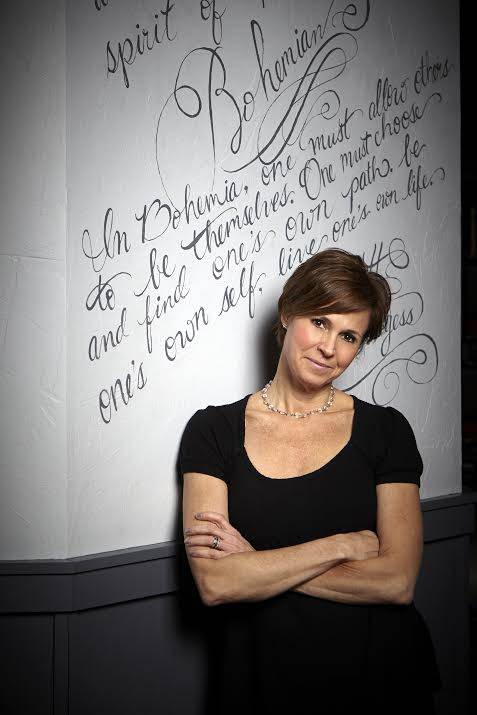 Matt Kirouac: For you, how does the hospitality industry dovetail with your altruistic philosophies for giving back and supporting the community?

Amy Morton: Being involved in the hospitality world and giving back to the community innately go hand-in-hand. We are touching our community every day, whether by feeding them, working with them, or supporting them. On a deeper level, though, I committed long ago to make a difference and truly make time to work with individuals in my community that don't have the opportunities in life that I have. I love mentoring and coaching, and we do as much as we can to train here in the restaurant.


MK: Growing up with a father in the restaurant industry, have you always wanted to follow in his footsteps?

AM: I did not always want to follow in his footsteps, but I certainly have, haven't I? I was involved in theatre when I was younger, and really tried and wanted to pursue that. I also think I tried really hard to create my own identity and not just do what my dad did. That being said, in order to pay my bills while I had my theatre company, I of course worked with him, and over time, realized that I was in essence working two full-time jobs. So I decided to choose one.


MK: How did he inspire you?

AM: My dad inspired me in more ways than I can say, and continues to do so each day. My dad was a mountain of a man; a mile-a-minute thinker, an idea guy. I've heard it said that my dad had more ideas in one day than the majority of people have in a lifetime! He was the most humble, unassuming, genuine, and kindhearted man imaginable.


MK: What motivated you to get back into the business following a hiatus for your family?

AM: An old friend of mine, Art Smith, now someone that everyone knows, called me up one day after dinner here at the house and said: "what if we did a restaurant together?" Well, that got me thinking, and made me realize that I was ready to try it again!


MK: How did you know the time was right?

AM: Intuition, I guess; a "gut-knowing." It just felt right to start exploring, though please know it took me five years to finally do it! The majority of those five years was spent finding the courage to trust myself enough to know that the timing was right. I was worried about screwing up my family, which is the most important thing in the world to me. I wanted to be sure a decision like this was going to be good for all of us.


MK: What prompted this commitment in you for a healthy and spiritual lifestyle?

AM: Another good question. My gosh, how much time do you have? Back in the early nineties, when I still had my restaurant (1989-1993), Mirador, even on the busiest of nights I felt something was missing. I was feeding people of means, and knew I needed to do more. It was during this time that I got pretty involved in personal growth via therapy, and had my eyes open to mediation and Buddhism after my first trip to Thailand. I dove into personal growth workshops and enrolled in the Barbara Brennan School of Healing, a four-year program in energetic healing, which was life-changing! But it wasn't until I met my husband, Neal, in 1999, that I really dove into the organic/healthy eating world. Whole Foods had just come onto the scene and I did my first detox. Since then, I have never looked back. I am, Found really is, the synthesis of all that I am and all that I have done.


MK: Tell us more about your involvement with the Connections for the Homeless and how that came to be.

AM: Homelessness in general has been an area that I have been involved with for most of my life. I've studied it, worked in it, and have volunteered for that community for years. Connections is a great, local organization that I am very involved with, from readiness training to hiring people coming out of homelessness at the restaurant to being on the board. I was brought up with such privilege, how can I not give back? It's a community I feel I can relate to; everyone deserves a safe, warm place to live.


MK: How has the Moveable Feast series been going and what do you love most about it?

AM: The Moveable Feast has been fantastic; it's creative, inspiring, rewarding, and a true example of community building. Each of the feasts is held in a cool "pop-up" location and has a chosen beneficiary, which receives all of the net proceeds from the night. Mostly, though, I love that I'm doing what I love while making a difference.