A Pastry Chef You Should Know: Todd Kunkleman

Pastry chef Todd Kunkleman has been in the game for years, but his latest role at Owen & Engine is what gives him the greatest satisfaction. From Minneapolis to Chicago, from high-volume restaurants (ahem Girl & The Goat) to catering, Kunkleman has done it all. But it's his position at this contemporary British restaurant where he finally feels at home.


A Minneapolis native, Kunkleman came to Chicago 10 years ago, after a series of pastry-related experiences. His first pastry job was as the pastry assistant at a restaurant in the suburbs of Minneapolis, working alongside the former pastry chef at George Lucas' Skywalker Ranch (may the fondant be with you), which basically makes him the Ewan McGregor to Liam Neeson, ca. The Phantom Menace. He eventually took over the pastry chef position for a little while, but left due to difficulties with the chef, who we'll refer to as Darth Maul. "I just don't want to work with jerks. If I'm unhappy somewhere, I don't stay around. It messes with your character," he righteously explains, presumably lightsabering someone through the chest in his head. He also clocked time at Minnesota's famed vegan bakery, French Meadow Bakery, and at a fine dining restaurant with a reputation for brunch. The last straw before outgrowing Minneapolis was his baker job at Whole Foods, whereupon the entire baking budget was slashed abruptly and he was forced to work with premade products. Before landing at Owen & Engine, his Chicago tenures included Artopolis, the popular Greek cafe/bakery, brunch haven m.henry, and fast-paced The Goddess and Grocer.


Kunkleman and Owen & Engine actually go back to opening day of the restaurant. Though he applied for the pastry chef position when it first opened, the owner went with a female chef (Crystal Chiang) to break up all the testosterone in the kitchen. So instead, he started work as a host for a little while before leaving to work at Girl & The Goat, a restaurant that had never before had a designated pastry chef. Kunkleman and the namesake Girl, Stephanie Izard, have a history that goes aways back. He actually served as her closing pastry chef at her previous restaurant, Scylla. After that closed and she went on to win Top Chef, he hit the catering circuit with her, which she focused on before starting her burgeoning Goat empire. He spent 10 months doing pastries at Girl & The Goat before he reached his max. Working 14-hour days burnt him out. Plus, he points out, Izard does not care much for dessert. "She likes savory elements in her desserts, and I just want dessert to be dessert," he says. Before leaving, he called Owen & Engine's owner, Bo Fowler, to see if anything was available. Though the pastry position was still filled, there was room for him at their sister spot next door, Fat Willy's. So Kunkleman took a break from pastry for a year to work as the general manager at the popular barbecue spot.


Eventually, the pastry chef slot opened up at Owen & Engine and Kunkleman pounced on it. The fit for him feels as right as it's ever been, with all the creative freedom afforded to him and his personal pastry style in full effect. Unlike past jobs, the hours are great, aside from the 2:00 a.m. brunch shift (shiver). In line with the restaurant's British comfort food philosophy, Kunkleman likes to keep his desserts rustic, presented in a pretty, unfussy way. His menu varies with the seasons, incorporating ingredients sourced from local farms. He's always got at least one chocolate dessert on the menu, to appease the insatiable chocoholic audience, but guests can expect one or two fruit-focused desserts as well, with lots of ingredients coming from Ellis Family Farms. 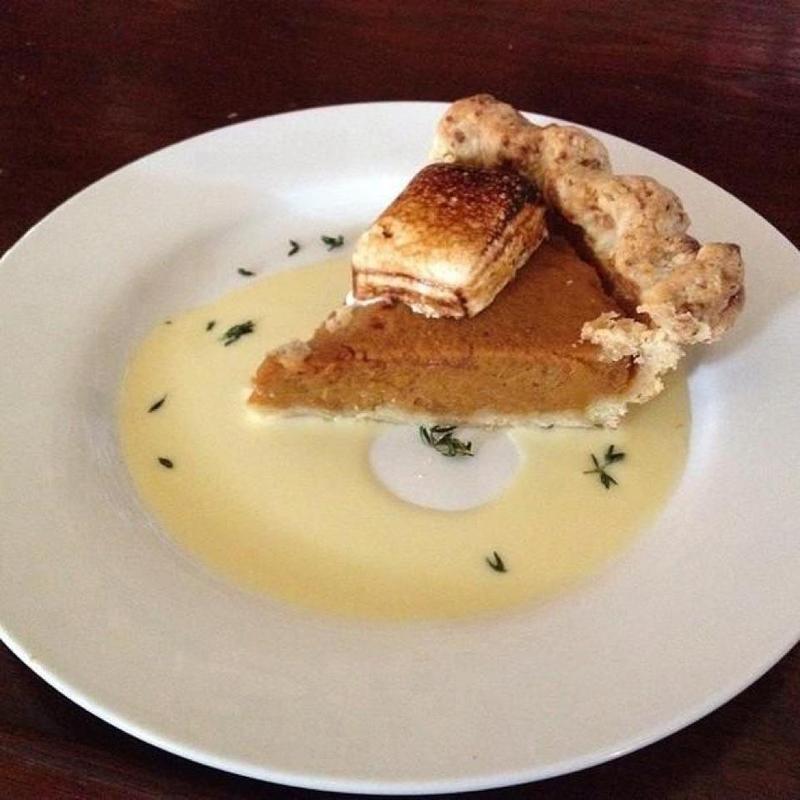 (One of Kunkleman's past desserts. Hello pie!)


The theme at Owen & Engine may be British, but Kunkleman doesn't bend it like Beckham to create British desserts. For one thing, he explains that British desserts tend to be rather heavy (looking at you, sticky toffee pudding), making them not so ideal during summertime. One trick he has is using the word "pudding" a lot. "When you put the word 'pudding' in something, people all of a sudden think it's British." Zing! Like his white chocolate pudding cake with grape-Chartreuse sorbet, lime curd, and cornmeal sable. Kunkleman likes to toy with crunchy, creamy textures, and salt is always a must for him. "I've seen pastry chefs before who don't salt things," he says, pointing to an instance where someone made caramel sauce sans salt, resulting in a burnt taste. "Salt just makes things taste better," he says. He's also a big fan of acidity, and little "surprises" in his dishes, often omitting an ingredient from the menu description so as to surprise guests when they dig in. Case in point, a funnel cake that is actually fried in pork fat. His favorite things to make? Ice creams and caramel sauces, which he often infuses with different flavors, like a coriander caramel that he serves with a goat milk panna cotta. 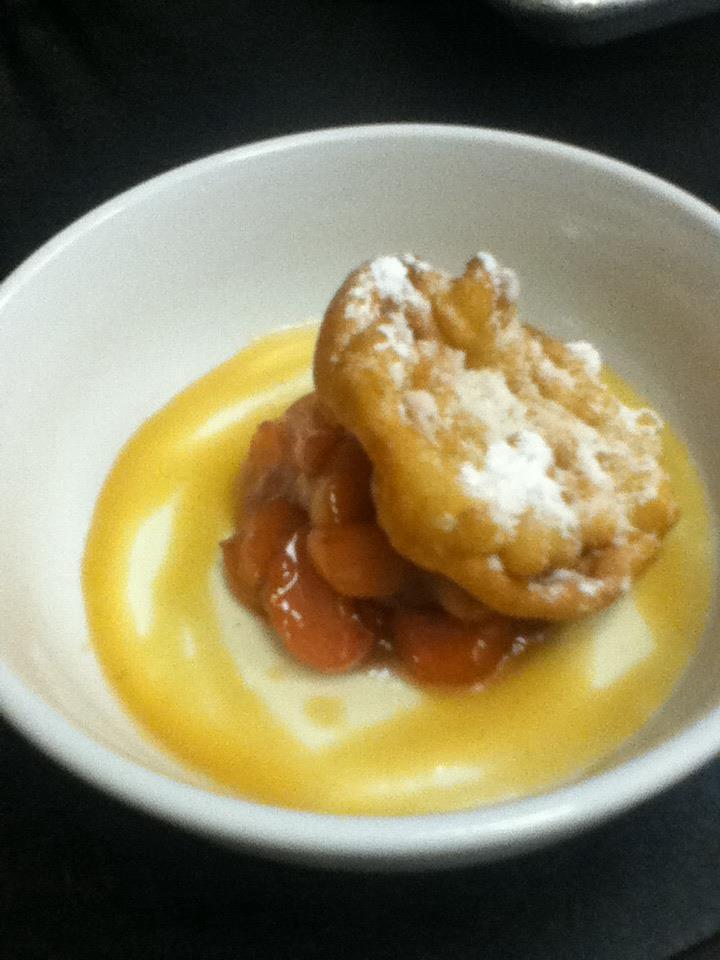 
Being such a beer-centric restaurant, Kunkleman enjoys occasionally collaborating with the resident cicerone Elliot Beier. Kunkleman creates specific desserts to pair with beers or ciders for special dinners, and he includes beers in desserts, like a milk stout ice cream he serves with a cocoa Pavlova. Beier has even created specific beers inspired by Kunkleman's desserts. One such beer is a banoffee pie-inspired ale that is available for a limited time starting tonight.