A New Era of Loop Dining

In terms of banking and business, the Loop is great. In terms of top-tier dining and drinking in the city, not so much. The Loop has long been maligned as a bit of a ghost town after business hours and on weekends, as the busy streets turn quiet and establishments shutter at early bird hours. With only a few reputable restaurants and bars worthy of drawing customers from across Chicago, the heart of the city is surprisingly lifeless. Until now-ish. Thanks to big name chefs such as Fabio Viviani, David Burke, and Richard Sandoval, the Loop is on the cusp of a cultural renaissance. 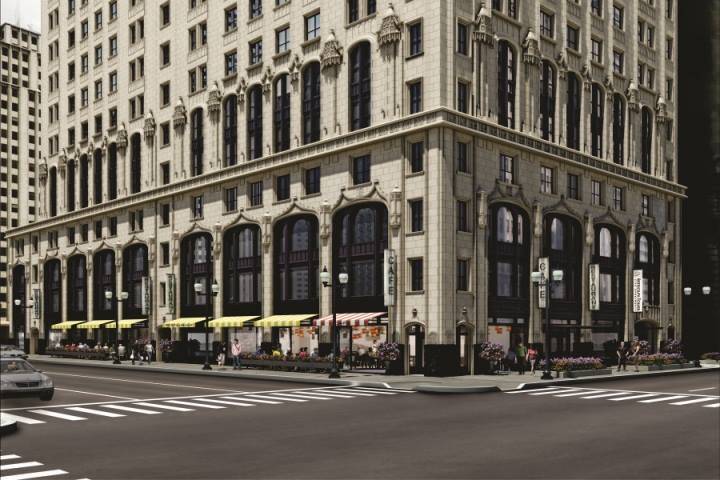 
One of the most exciting additions to the Loop dining scene is a haute food court-type establishment called Rustle & Roux. With chefs such as Fabio Viviani involved, you know it's going to be eons better than your standard food court fare. The Top Chef alum lends his cookery via Mercato by Fabio Viviani, a new quick service eatery he opened at Rustle & Roux along with another Loop location inside the Chase Tower. It's the perfect opportunity to partake in some upscale Italian food in a casual setting. Right alongside Viviani at Rustle & Roux is Mercadito Taqueria, another new quick service operation, this one offering a medley of tacos, guacamole, and ceviche from Mercadito Hospitality. Seeing as the Loop is pretty much devoid of tacos, this is a promising addition.


The folks behind The Gage are some of the most prominent players in Loop legitimization. Billy Lawless and co. single-handedly bolstered the Loop dining scene with their perpetually packed gastropub drawing locals and tourists alike, soon adjoined by Henri next door. The Lawless clan is making new moves in the area, however, starting with the reconcept of Henri into a more casual Italian restaurant called 10/6. After that, he's working on a restaurant at Block Thirty Seven, the sleek mall in the heart of the Loop at State and Randolph. This promises to be fresh, exciting, and potentially hugely beneficial for that area.


Joining Lawless at Block Thirty Seven will be Richard Sandoval. The world famous chef is renowned for his haute Latin stylings, and the chef has signed on to bring his brand to the Loop later this year or early next. No word yet on many specifics, but safe to say we can expect a massive uptick in the Loop's Latin dining scene.


Another big name chef heading into the 'hood is David Burke. Following some company changes that involved closing Burke's Bacon Bar, the departure of Rick Gresh from David Burke's Primehouse, and Burke's recent announcement that he'd be stepping down from daily operations at his company, Burke is next planning a quick service eatery in the Loop. He's also working on a concept for the forthcoming Hotel Indigo.


While you're waiting for all these new developments, head to Randolph Tavern to partake in the neighborhood's latest full-service eatery and bar. The comprehensive restaurant features a little bit of everything, from "previews" such as fritto misto and lamb meatballs to "main events" like BBQ beef brisket and Kansas City strip steaks. There's also tacos, burgers, bar bites, cocktails, wine, and more.