Molly's Cupcakes is an adorable bake shop in Lincoln Park chock full of Americana. The cupcake bakery is named for the owner's third grade teacher, who would always bake cupcakes for her students' birthdays. In honor of his teacher and these memories, "chief egg cracker" Johnny recreates the flavors of his youth via dozens of cute cupcakes, from the basic chocolate and vanilla to quirkier varieties with various fillings and toppings. The bake shop features a number of non-cupcake treats as well, such as brownies, seven-layer bars, and ice cream during summer. A portion of proceeds from the popular bakery go to schools in the local community. The bakery also opened another location in New York City. Miss Molly would be proud. 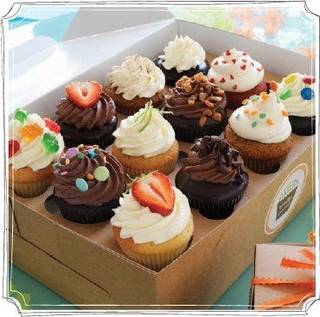 Restaurants Branch Out With Second Locations Throughout Chicago
The Case for Lincoln Park
Weekend Planner: National Peanut Butter Day, Robert Burns' Birthday, and Gingerbread for a Good Cause
Bake Sale With a Side of Seedlings