First opened as the Majestic Theatre, a vaudeville house, in 1906, and known as the Shubert Theatre for much of its history, this 1,800-seat theater underwent a major renovation in 2005, retaining and restoring most of the original fixtures designed by Edmund R. Krause and George and Cornelius Rapp.

Today, it showcases touring shows and pre-Broadway tryouts as one of the Broadway in Chicago houses. 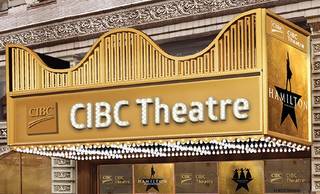