Let’s be clear: every season is drinking season in Chicago. From apple cider in the fall to hot chocolate, egg nog and stouts in the winter, there’s never any shortage of beverages to sip. But summer reigns supreme when it comes to seasonal libations, partly due to their quenching nature but mostly it’s because of the rejuvenated verve for life Chicagoans possess during these precious months. Come summertime here, drinkers are out in full-force, pounding patio cocktails and slurping bubble teas. This season looks to be the most delicious yet, with an intoxicating new batch of drinks — both alcoholic and non — to pour over. Here’s what to drink this summer in Chicago:

Apogee: The most Instagrammable cocktail bar in Chicago strikes again. Known for its colorful creations and drinks served in offbeat glassware (like a literal bong), Apogee has rolled out a new batch of drinks for summer that are sure to light up your social media streams. Of course, what would a photogenic cocktail be if it didn’t taste good? With Benjamin Schiller behind the stick, these are drinks you can rest assured are just as luscious as they are pretty. The newest large-format drink on deck, perfect for sharing with a group of thirsty friends, is the Macrodose, an herbaceous and fruity blend of gin, watermelon, fresh herbs and “cocktail powder mix #7,” all served inside a glowing mushroom glass. Smaller, individual-sized drinks include the Controlled Burn, a tequila- and mezcal-based tipple with serrano, jalapeño and grapefruit; and the tropical Happy Days, with rum, bourbon, chai, vanilla, coconut and pineapple.

Vol. 39: Even if you don’t have the time or budget for a full-blown summer vacation this season, you can at least transport your taste buds with the new cocktail menu inspired by Scandinavian flavors at Vol. 39. Courtesy of head bartender Jess Lambert, who once again proves that this Loop bar is a powerhouse in Chicago’s cocktail scene, the drinks draw upon wanderlust and “hygge” with options like Hidden Folk, which blends chanterelle-infused vodka and truffle bitters with sherry and Pineau de Charantes for an earthy hit. The Rye Old Fashioned skews light and refreshing, made with Lot 40 Rye Whiskey, Bjork birch liqueur, white porto, sarsaparilla demerara and local birch bitters. There’s even an elevated riff on an espresso martini, here made with caraway-infused Grey Goose and cardamom syrup, plus espresso and St. George COFFEE Liqueur.

Imperial Lamian: Not all summer drinks are boozy. The quintessential seasonal quencher, and a surefire way to combat the heat, is the brand new bubble tea program at Imperial Lamian’s to-go window. The new offerings from the “Wok Up Window” include a hibiscus bubble tea, coconut matcha and milk tea made with a black tea base. Guests have their choice of “bubbles,” with options like lychee, pomegranate, blueberry and tapioca pearls.

Cabana Club: After a red-hot debut last year, which drew hordes of diners, drinkers and loungers to The Robey Chicago for poolside snacks and cocktails, Cabana Club is back with rejuvenated menus and a fresh theme for the new summer season. This year, the bar captures the energy and motif of a classic backyard pool party, with an emphasis on frozen cocktails to drink. These include a bright and zesty Basil Gimlet, the rosé-based “Made You Blush,” and classics like piña coladas, daiquiris and margaritas.

Cherry Circle Room: When it comes to summer beer, the season is all about lighter offerings like wheat ales, pale ales, IPAs and fruit-forward sours. The de facto beer of summer 2018 looks to be the custom “Petal Pusher” from Skeleton Key Brewery, brewed in collaboration with Cherry Circle Room’s chef Pete Coenen. It’s a wheat ale brewed with rose petals sourced from Rare Tea Cellar, offering something light, bright and floral for the warmer months. In addition to Cherry Circle Room, the beer is on draft at sister spots Game Room and Lonesome Rose.

Saint Lou’s Assembly: Tapping into childhood nostalgia, the minds behind Saint Lou’s Assembly and adjoining cocktail bar MONEYGUN have created the quintessential Americana cocktail for the summer. Dubbed the “Pisco Pouch,” it’s a fruity and boozy punch served in Capri Sun-like pouches. Far better than those lunchbox juice boxes, this version is made with pisco, pineapple gomme, lemon, orange bitters, salt and crushed ice, capped off with a crazy straw to slurp from.

Mahalo: When it comes to summery patio vibes, it doesn’t get much better than Mahalo. The Hawaii-inspired oasis in Wicker Park looks like a tropical beach cottage, bedecked with surf boards and leis and island imagery galore. Of course, the food and drinks echo that style with flavors that skew beachy. For the summer, new drinks include the Mahalo-Tini, a colorful vodka cocktail with triple sec, blue curacao, lime juice and coconut foam; and the Hawaii 5 Mang-O, with bourbon, orgeat, mango puree, demerara, orange juice and lime juice.

Mahalo is a modern casual eatery by Parker Restaurant Group, featuring a focus on Hawaiian fusion cuisine and drinks. The sunny and warm space features a central bar in the...

A's List: The modern supper club offers new twists, while paying homage to the past. 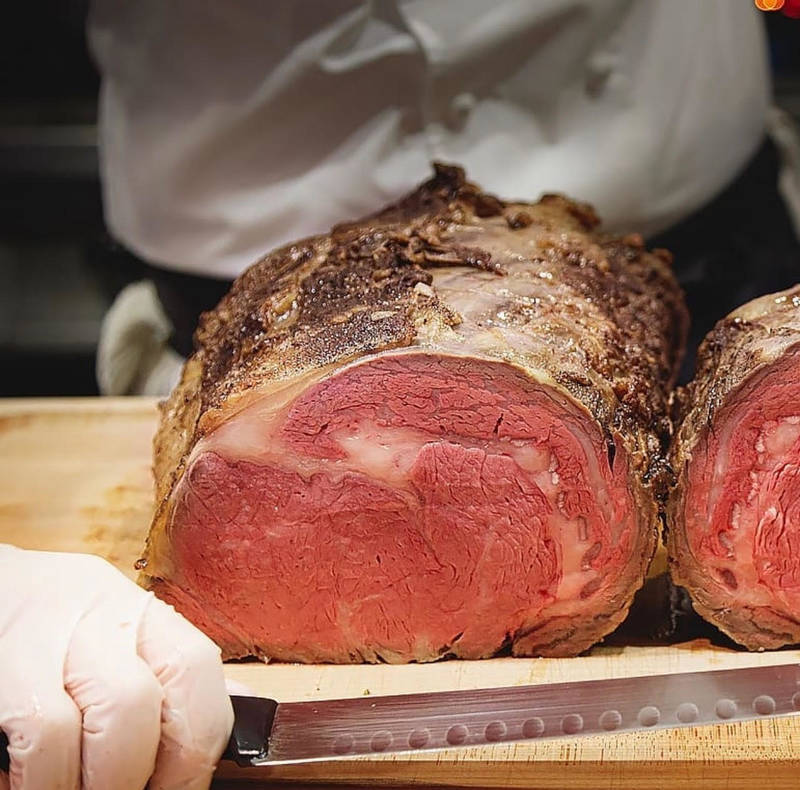 With everyone loving nostalgia these days, it’s no surprise the supper club concept has re-emerged with much enthusiasm. We check into some of Chicago’s finest, from a Logan Square restaurant with a lively dinner party vibe to an authentic Wisconsin eatery from a Michelin-starred chef. ... Read more 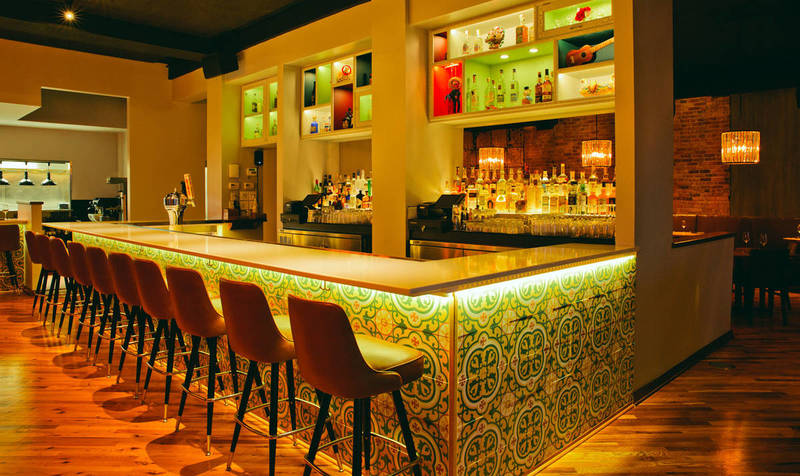