Six Desserts Worth Leaving Your Blankets For

This time of year, it's fine to be antisocial and picky about leaving your apartment. Netflix, pajamas, and delivery become the norm, and understandably so. If you're to be persuaded to leave those cozy confines, it's got to be for something extra delicious and comforting. This is a job for dessert! Here are six epic desserts in Chicago right now that make facing the cold entirely worthwhile:

Tableside S'mores at Prime & Provisions: S'mores may conjure fireside images of summer, but the toasty dessert is right at home on winter tables too. If for no other reason than it transports you to a warmer mentality. One of the best renditions in Chicago also happens to be the most innovative. The tableside s'mores at Prime & Provisions turns the campfire confection on its head with a chocolate dome containing graham cracker, ice cream, and marshmallow. Once placed on the table, servers pour hot chocolate over the dome, thus melting it and releasing a bit of campfire smoke from within.

Whiskey Doughnuts at Bunny, the Micro Bakery: The hottest (and cutest) new bakery in town is finally here. After months and months of anticipation, Bunny, the Micro Bakery has hopped into Lakeview, bringing with it a smorgasbord of offbeat, inventive baked goods by acclaimed chef Iliana Regan. There's lots to savor at this pint-sized shop, but one item sure to become a crowd-pleasing sensation is the whiskey doughnut. At once light, airy, and decadent, the yeasted doughnuts are absolutely perfect. Especially when doused with a heady whiskey glaze.

Piloncillo Sugar Pie at Dos Urban Cantina: At the risk of starting a feud, I prefer wintry pies over summery ones. There's just something so deeply satisfying and soul-soothing about an indulgent slice of creamy, unabashedly rich pie. Chicago isn't lacking in superlative pie options, and you'd be wise to try the sensational piloncillo sugar pie at Logan Square newcomer Dos Urban Cantina. It's hard to pick a dessert off this masterful menu, with so many enticing options, but you really can't go wrong with a piece of caramel-y, sugary pie with malted whipped cream and pecan toffee.

The Narwhal at Cold Storage: It may be winter, but cravings for ice cream in Chicago run year round. This is especially true of the almighty Narwhal sundae at Cold Storage, the casual seafood restaurant located inside Swift & Sons. Courtesy of pastry wizard Meg Galus, the hulking dessert features eight scoops of different flavors of ice cream: chocolate, mint, white chocolate, lemon sorbet, butterscotch, coffee, popcorn, and triple vanilla bean. These are dressed with three different sauces: hot fudge, salted caramel, and white chocolate. And two kinds of cake: fudge and peanut butter blondie. And if all that wasn't enough, the whole thing is adorned with a waffle cone, whipped cream, cherries, chocolate cookie streusel, and a whole banana.

Coconut Cheesecake-stuffed French Toast at Nana: While not technically a dessert, the coconut cheesecake-stuffed French toast at Nana certainly would satisfy even the most rampant sweet tooth. Two thick slices of dense, cake-y bread are sandwiched around cheesecake, coated in coconut, and pan-fried. Some fresh tropical fruit pieces round out the plate, to lend an air of healthiness.

Kouign-amann at Travelle: What could possibly improve upon the butter-laden laminated dough masterpiece that is Kouign-amann? Ice cream of course! Travelle takes the "a la mode" mentality to a delicious new level with its killer Kouign-amann creation, which outfits the flaky, sugary pastry with a huge scoop of maple ice cream and a smattering of milk jam. 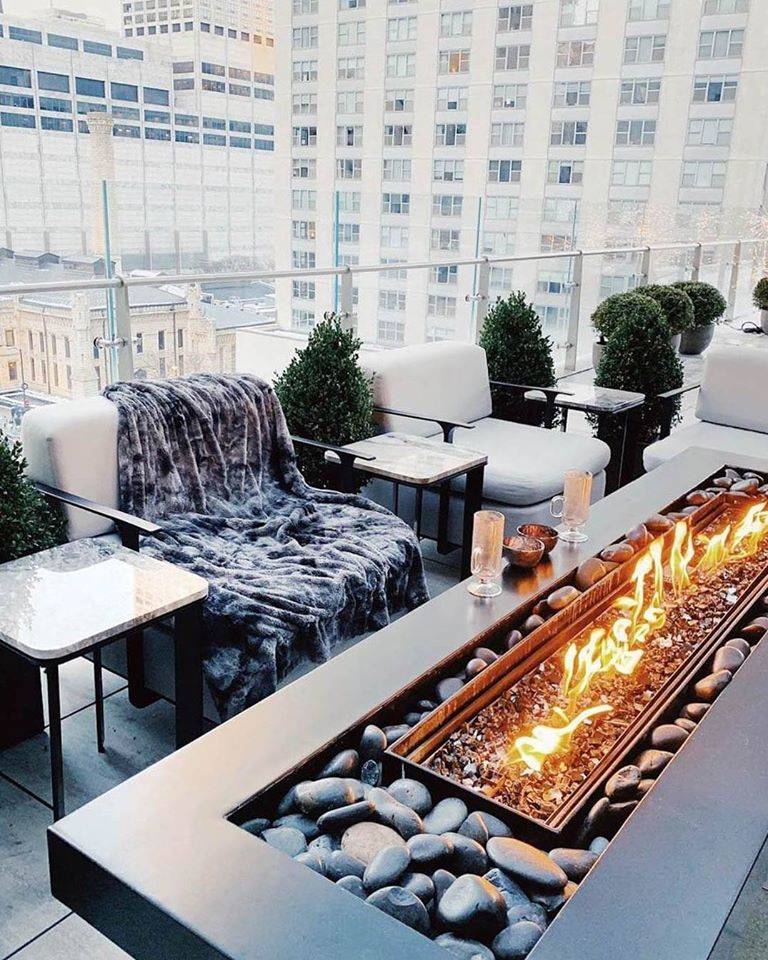