Raising the Bar on "Hospital Food"

As I've reported before, Streeterville has seen a huge influx of restaurants, hotels, and bars in the past several months, making it a dining and drinking destination capable of luring downtown denizens away from the more popular confines of River North. But a curious particular about all this is the rise in restaurants on, near, or literally inside Northwestern Memorial Hospital's expansive Streeterville campus. Here's a roundup of reasons why Northwestern is actually a dining destination in its own right.

One of the biggest openings of the year was GreenRiver, a juggernaut of a restaurant from some of New York City's finest names in restaurants and bars. Located on the 18th floor of a Streeterville high rise, it's also one of the most surprising openings of the year, based purely on the oddball location. But the folks behind The Best Bar in the World (BBITW) and Union Square Hospitality Group aren't exactly known for coloring inside the lines. What you get is an expansive dining and drinking space with immaculate views of downtown Chicago in all its glory. It doesn't hurt to wash it all down with one of the most impressive and imaginative cocktail programs in town, presided over by head bartender Julia Momose, under the tutelage of Sean Muldoon and Jack McGarry from New York's acclaimed Dead Rabbit. The restaurant celebrates the history of Chicago's storied Irish-American culture, as illustrated by a cocktail menu that pays homage to some of the city's most famous and infamous Irish-American locals. The drink list contains eight sections, arranged by raw materials used for distilling spirits, including corn, barley, agave, sugarcane and molasses, juniper, and grape and apple. Within each section are cocktails named after Irish-American Chicagoans. To eat, chef Aaron Litette cooks up a menu of modern Midwestern delicacies, running the gamut from snacks to larger plates. The restaurant also boasts a private event space called Gallery at GreenRiver, operated by Danny Meyer's Union Square Events. Here, guests can expect seasonally inspired menus by chef John Karangis and pastry chef Dan Keehner.

Another big opening in the Northwestern environs of late is Beatrix, the second location of Lettuce Entertain You's eclectic gem. The restaurant is housed in Northwestern, where Cicchetti used to operate, featuring the same formula of all-day dining and drinking programs that made the River North original such a stalwart. From breakfast through dinner and dessert, dishes are modern, often healthy and wholesome, inventive, and vigorous, drawing inspiration from the Midwest and across the globe. New to this location is The Market @ Beatrix, a sector that includes a salad bar, soup center, hot entree bar, grab-and-go items, and a "chocolate closet." New items to the menus at Beatrix here include cauliflower grits with Brussels sprouts, brioche-crusted branzino, and brown rice porridge with Bartlett pear.

While these two newer openings have served to shine a spotlight on the area, Northwestern has also welcomed a few other spots over the past months and more. Do-Rite Donuts, the Loop's famed donut shop from Lettuce Entertain You, was one of the first to jump aboard the bandwagon. The shop's expansive second location features the same dizzying donut arsenal that made the original beloved, along with fried chicken sandwiches, to really up the comfort food ante. In other donut news, Stan's Donuts & Coffee also expanded with their second Chicago location on Northwestern campus.

Because if there's one thing that can ease the sting of a hospital visit, it's indulgent donuts.

Ten years ago, a high-concept cocktail lounge setting up shop in a skyscraper would have never made the cut in Chicago. But GreenRiver is all about breaking the rules, and...

The second location of Lettuce Entertain You's Loop-based donut shop is bigger and more expansive in Streeterville. Do-Rite Donuts & Chicken is an artisan donut shop with the added bonus...

Stan’s Donuts & Coffee expanded to Streeterville for its second Chicago location, peddling the same formula of decadent donuts and Intelligentsia coffee and tea as the Wicker Park original. Housed... 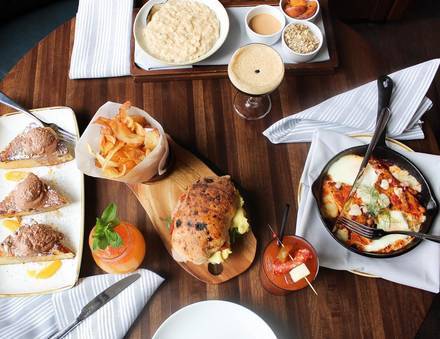 Best Bars for a Summer Night Cap in Chicago 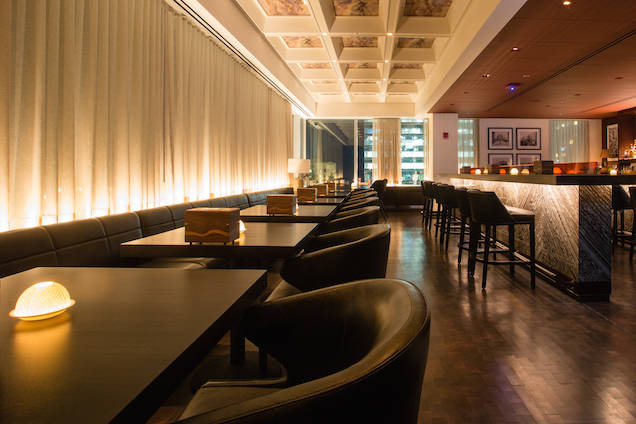