Sweet of the Week: Death by Chocolate at Miss Ricky's

Death by Chocolate is the type of tired, gimmicky chocolate dessert you'd expect to find at Applebee's, right next to molten chocolate cake and some sort of lazy creme brûlée. So upon hearing dessert recommendations at the contemporary diner Miss Ricky's in the newly opened Virgin Hotel, my primary reaction was apathy. But then again, if there's any proper setting for a Death by Chocolate cake, it's a modern diner. And if there's any chef smartly equipped to tackle such a tacky dessert, it's Rick Gresh. He manages to put just the right spins on Death by Chocolate to actually make it, in spite of the cliche, to die for.

The thing that urged me to order the Death by Chocolate was our waiter's weird description of the cake served inside an edible caramel-filled knife. That's a pretty wild mental image he painted, so naturally I had to check it out for myself. Unfortunately, he misspoke in that the cake is not served inside an edible knife, but rather the knife is served inside the cake. As in, stabbed through it like some sort of large steak. This makes more sense. But at any rate, it's still wildly offbeat by the fact that the knife is indeed edible, made of chocolate and designed to a tee to resemble a real knife. It also happens to be filled with caramel. Such a random but not unwelcome surprise. The cake itself is appropriately insanely rich, fudgy, and dense, as one would expect from Death by Chocolate. It's chocolate to the nth degree, and it's baked well, liberally striated with airy chocolate mousse to help mitigate the insane density of the cake itself. The final exclamation point to punctuate the dessert is the modest-looking chocolate sauce at the base of the plate. It may look like an average frosting of some sort, when in fact it's infused with red wine and brandy, erupting with deep fruit notes with each bite or lick. Altogether, it rounds out the chocolate excess quite nicely, cutting through the texture and flavor bomb with its slightly acidic fruity bite.

It's like I died and went to chocolate cake heaven. 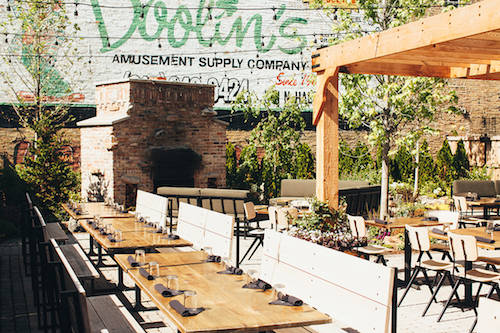 These killer corned beef specials are the best way to celebrate St. Patrick's Day in Chicago this month. ... Read more 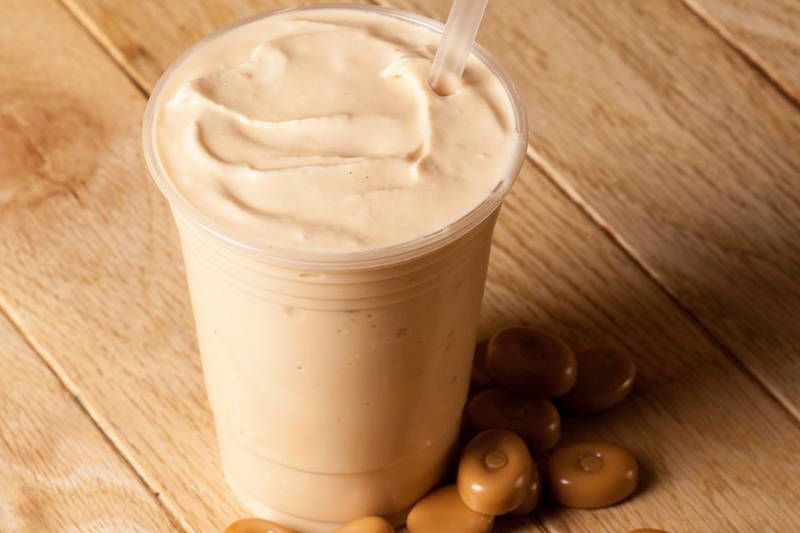