It seems like just yesterday baseball season was ending. That's probably because baseball season lasts 13 months out of the year. At any rate, opening day of Major League Baseball is in fact just around the corner on April 6, so it's time to rev up those ballpark cravings again. Chief among those cravings? Good old fashioned American hot dogs. Or better yet, inventive hot dogs that are sure to hit a home run in your mouth. Take a bite out of one of these snappy sensations in Chicago:

At La Sirena Clandestina, chef John Manion hits it out of the park — seriously, I could go all day with the baseball puns, they write themselves — with his Cachorro Quente, a Brazilian-style hot dog with black beans, malagueta mayo, pickled fresnos, and mustard sauce. It's basically a Chicago dog that went on vacation to Brazil and liked it better there so it decided to adopt the local garb. The fresnos bring the sensation of the pickle and the spice simultaneously, while the mustard sauce is a thoughtful replacement for standard mustard, and the malagueta pepper mayo heats things up a bit more. Black beans are a nice addition, especially since their innate creaminess serves to temper the heat and enrich the dog. See what I mean about hitting it out of the park?

When Hot Doug's closed up shop, leaving a severe void in Chicago's wildly unique hot dog gamut, the one place likely enough to fill that niche was Franks N Dawgs. The heir to the haute dog throne, this Lincoln Park sausage shop goes well beyond the norm when it comes to encased meats, from a taco-inspired beef sausage topped with scallion puree, housemade hot sauce, and cilantro, to the Americana "Pork of July" pork loin sausage with pulled pork, cherry bourbon BBQ sauce, and slaw. There has been some talk lately that the shop is scouting a new location to move to, but for now you can get your zany sausage fix in Lincoln Park.

If it's a Chicago-style hot dog you're after, you may as well do it right. And you can't outdo the housemade masterpiece at Allium. The ritzy hotel restaurant gets casual with their signature hot dog, a riff on the Chicago classic featuring housemade everything, from the pillowy poppyseed brioche bun to the smoky beef sausage, zesty relish, and beer mustard. It's quite enormous by hot dog standards, more of a knife-and-fork hot dog than handheld. It comes with adorable little squeeze bottles of ketchup, but that is obviously only for the adjoining fries, so get your mind out of the blasphemous gutter.

How else to improve upon the classic Chicago-style template? Try taking miniature Vienna Beef hot dogs, wrapping them in potatoes, deep-frying them, and serving with tomato powder. Such is the ethos at Howells & Hood, where chef Brett Neubauer thinks way outside the traditional hot dog box for his version of a local staple. They're outfitted with poppy seeds, mustard relish, celery salt, and sport peppers, because of course.

As the name implies, everything is bigger at Big Bar, from the boozy cocktails to the hulking hot dog. The Chicago-style classic gets the foot-long treatment here, bedecked with onions, green relish, cucumber, tomatoes, sport peppers, and celery salt.

In line with the crafty burgers and fish fishes at DMK Burger & Fish in Evanston, hot dogs get the gourmet treatment as well. Try the Hot Dog #1 with deli mustard, fries, and giardiniera on a sesame seed bun. The Hot Dog #2 is a take on a chili dog, amped up with Merkt's cheddar, charred balsamic red onions, pork hatch green chili, and scallions on a sesame seed bun.

Despite its routine name, Franks 'n' Dawgs, opened in March 2010, is no regular Chicago hot dog stand — there are no Vienna Beef wieners in the house and you...

Sweet of the Week: Gulab jamun at Rangoli
EASTER SUNDAY AT HARRY CARAY’S AND HOLY MACKEREL! 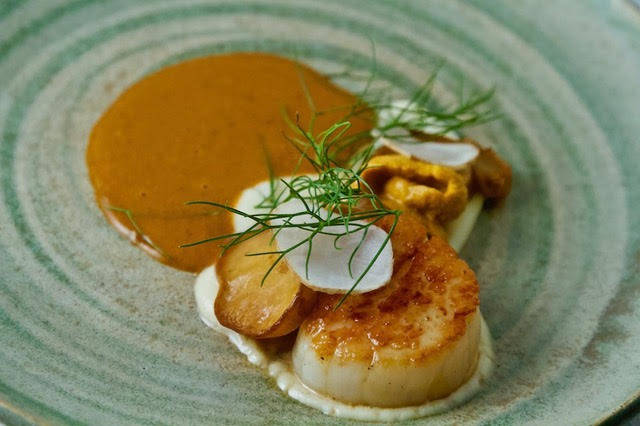 Dining and drinking deals and events in Chicago for February 22-March 1. ... Read more 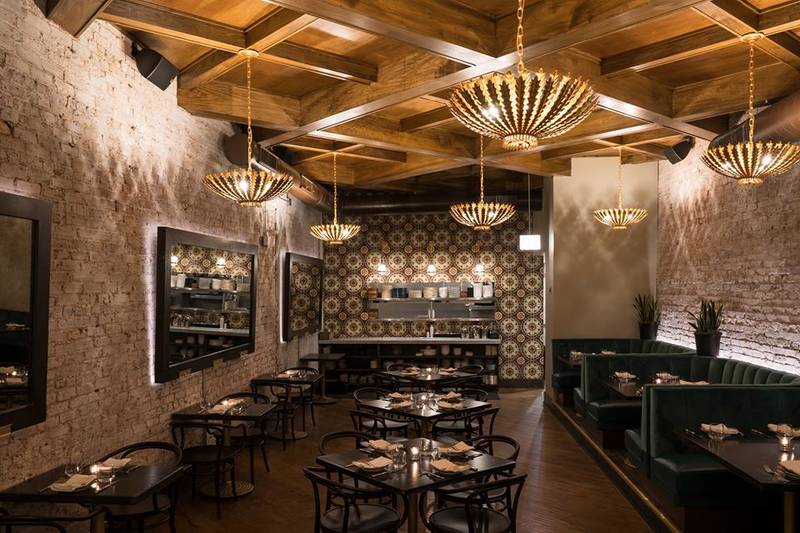