Wabash Ave. Paves the Way for a Dining Revolution

When it comes to Loop thoroughfares, Wabash Avenue is often relegated to the role of red-headed stepchild, neglected and overlooked in comparison to its more popular siblings Michigan Avenue and State Street. A lot of that can be chocked up to Wabash's reputation as a dark, dingy, and loud street tucked underneath the rumbling El tracks. But with a massive boost in Wabash beautification under way this year, along with an influx of new restaurants, hotels, and cultural destinations, Wabash is paving the way for a revolution.

At the forefront of the Wabash renaissance is the Chicago Loop Alliance and their "Transforming Wabash Report" project, which includes the imminent addition of sidewalk planters, new bike lanes, new lighting, and potential new "Maker Districts," showcasing local creatives and retailers. All this plus the currently under-construction new Washington-Wabash mega-El station, which should add a modern and sparkly new transit sight in the notoriously dark travel corridor.

All this lays the groundwork for a bevy of new dining and drinking destinations going in along Wabash, increasing the city's presence as a destination in the Loop. Some spots have already opened up, like an outpost of popular Middle Eastern restaurant Naf Naf Grill, and customizable pasta spot Vapiano. Top Chef alum Spike Mendelsohn made his Chicago debut on Wabash with his first local outpost of his Good Stuff Eatery burger restaurant (look for his second local spot in Lincoln Park this summer). The Goddess and Grocer brand beckons a new era with a pastry- and coffee-focused Goddess and the Baker across the street from Good Stuff Eatery, right next to a new Protein Bar. Even longstanding restaurant staples are getting in on the renaissance: Heaven on Seven, celebrating its 35th anniversary this year, has added dinner service to its repertoire.

One of the biggest and most visible additions to Wabash is the brand new Virgin Hotels Chicago, the first hotel in the world from Virgin's Richard Branson. Along with that splashy new hotel comes a handful of on-site dining and drinking spots, all presided over by acclaimed chef Rick Gresh. The Commons Club is an eclectic all-day restaurant that runs the gamut from maple curd-stuffed French toast to cauliflower Caesar salad and nori-crusted arctic char. Miss Ricky's is an ode to all-American diner lore, featuring everything from chocolate-frosted donuts and roasted chicken to PB&J sandwiches updated with Nutella and black cherry jam. There's also Two Zero Three, a coffee bar by day and wine bar by night, and a rooftop bar opening this spring with Asian small plates and cocktails aplenty.

And this is certainly just the tip of the iceberg of things to come to Wabash, an avenue ready for its closeup right up there alongside Michigan and State.

Loop branch of a small chain of quick-service Middle Eastern restaurants with a limited menu of items such as shawarma, beef kebabs and falafel.

Share pastries, toasts and philosophy in our fast-paced “see and be seen” newsstand inspired coffee bar. At night, the bar transitions into a wine social serving a light menu of... 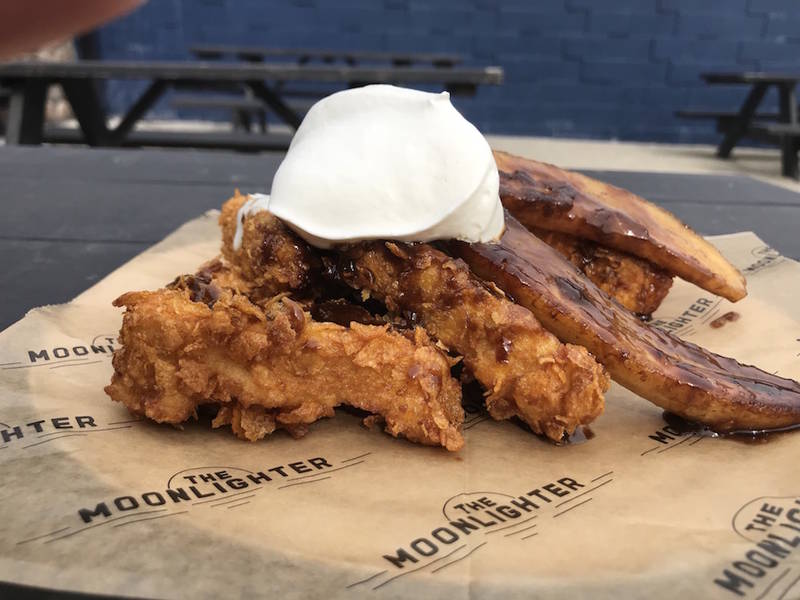