Sweet of the Week: Nutella Baklava at Travelle

Let's get one thing straight. I would eat Nutella smeared on literally anything and be happy about it. The nefarious chocolate-hazelnut spread usurps any and all pretenses on its way to gustatory, gluttonous glory. There's a reason it's cited as one of the mightiest guilty pleasures, or why Eataly reserves an entire dessert station for it. Nutella is religion. Which is why when I see Nutella on a composed dessert menu, I bow down and order it. Especially when said dessert is the Nutella baklava (!) at Travelle. 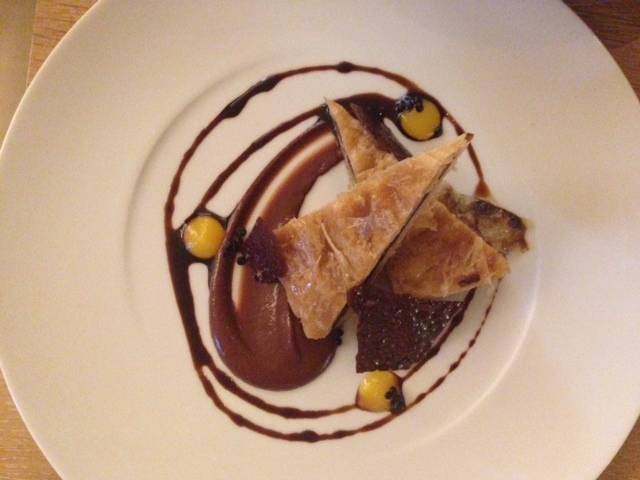 
If there's one confection I adore almost as much as Nutella, it's likely baklava. I have fond memories of a family friend making baklava laboriously from scratch, rolling out about a million layers of fine phyllo dough and striating it with nuts and honey. The end result is as close to heaven as one can get without being high on a whole cocktail of euphoric substances. The perfect punctuation point to a Mediterranean-themed meal at Travelle is this baklava, a dessert that is at once classic, modern, refined, and whimsical. Dare I say it's the perfect dessert; it's a quadruple threat. The crux of the dessert looks fairly classic, at least in shape and texture. The phyllo is buttery, billowy, and tender, filled to the brim with silken Nutella and set atop a fudgy swirl on the plate. Balsamic pearls dot the plate, providing a pop of fruity, acidic juxtaposition, while cocoa nib crisps provide a nice textural contrast. This is Nirvana. 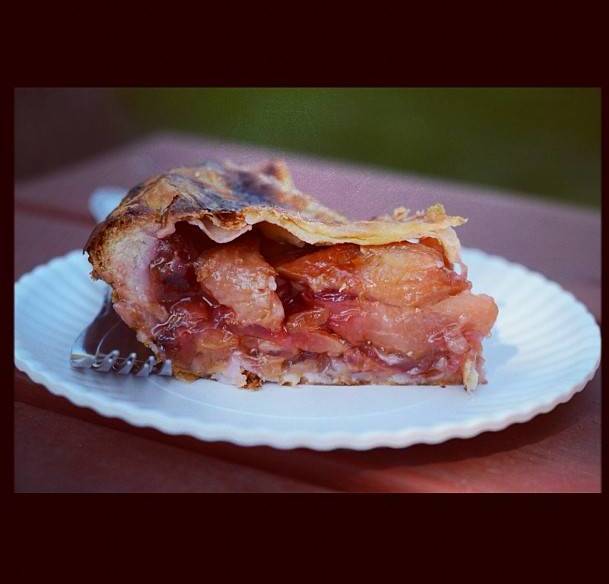 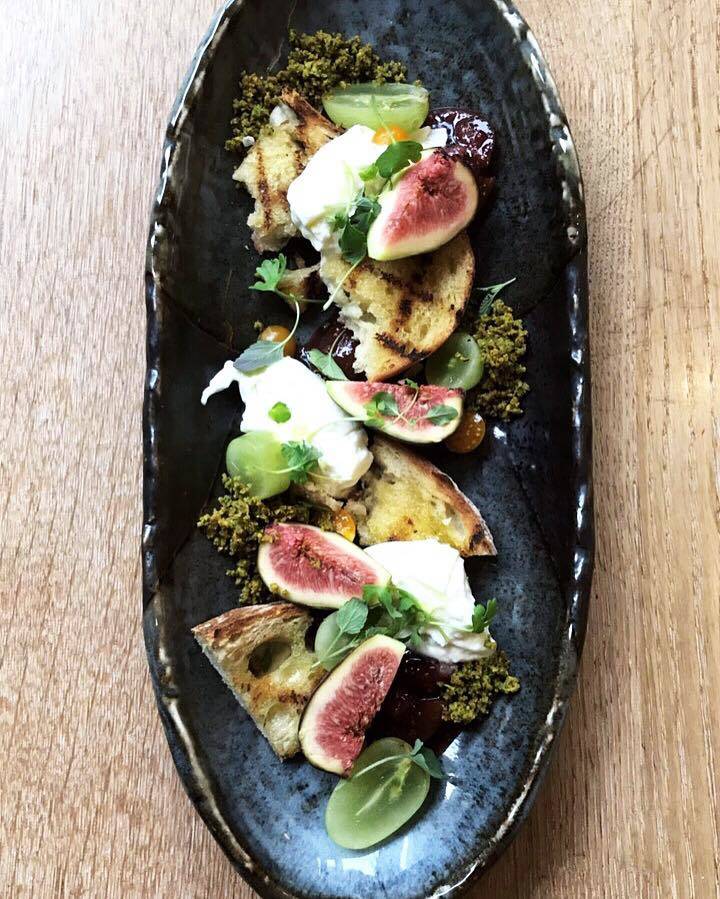