In the next four or five weeks, Mercadito Hospitality will open its most casual endeavor to date, Mercadito Counter, a Mexican deli laden with a mash-up of Mexican and American wares in River North. While we've all been feverishly waiting to stuff our faces with Mexican hot dogs, chef Patricio Sandoval has been toiling away on recipes, coming up with the perfect amalgam of Mexi-merican dishes. He recently hosted a Mercadito Counter preview tasting below Mercadito at Double A. As the chef and Mexican native explains, Mercadito Counter affords him an opportunity to get creative with American dishes. Having cooked Mexican dishes for so long, however modern, the opportunity to cook nachos and hot dogs is an entirely new venture for him. Frankly, it's nice to see a chef get excited about nachos and hot dogs. Here are some tidbits to know about Mercadito Counter:


There Will be Nachos

"Growing up in Acapulco, I never had nachos. I don't think I ever even had guacamole to be honest with you," says Sandoval. At Mercadito Counter, there will be nachos. This is the first time Sandoval has ever been tasked with cooking such Mexi-merican fare, but rest assured these are not your mediocre stadium nachos. For Sandoval, there's a careful process to it, making sure each housemade chip is layered evenly with toppings. Such toppings include black beans, Chihuahua and Oaxaca cheeses, avocado, pico de gallo, and plump chile-glazed shrimp.


Watch Your Back Big Star

With late-night hours until 4:00 a.m. and a prime downtown club-drenched setting, Mercadito Counter is ideally situated to become the go-to post-bar haunt. Especially when stellar tacos are involved. Pint-sized housemade tortillas are warm, tender, and rich in corn flavor, just supple enough to blanket ingredients like steak, chicken, and fish. Per Sandoval, the ideology was to keep most of the tacos as "naked" as possible, so as to maintain focus on the prime ingredients. This is primarily evident in the onion-scented steak taco and the luscious chicken taco flecked with crackly chicken skin. The blackened, Cajun spice-marinated fish taco is the most adorned, with its creamy cabbage slaw.


Get Excited for Hot Dogs

The most eye-catching element of the Mercadito Counter pantheon is the hot dog program. Not only are hot dogs entirely new for the Mercadito Hospitality crew, but Sandoval excidetly gets to exercise a new culinary muscle by embracing one of the most iconic American dishes, inflecting it with Mexican verve. You won't find standard ballpark franks here. Rather, bacon-wrapped Mexican dogs strewn with pico de gallo and jalapeño relish; smoked and fried pork hot dogs with jalapeño slaw and crispy onion strings; and a grilled lobster dog with silky lobster salad, chipotle ketchup, and crispy potatoes. The dogs aren't made in-house because Sandoval wanted to leave that to the most reputable pros he could find. Where his ingenuity comes into play is the Mexican-spiced toppings.

Gordita sliders are a thing and they are awesome. House-ground mini beef patties are sandwiched between crispy corn masa discs with black bean ketchup, cheese, pickles, and grain mustard, making for a killer Mexican riff on the Americana slider formula.

The VIP subterranean spot of Mercadito, Double A aims to be in a New York state of mind, complete with attitude, cutting-edge drinks program and speakeasy setting. Tequila is the... 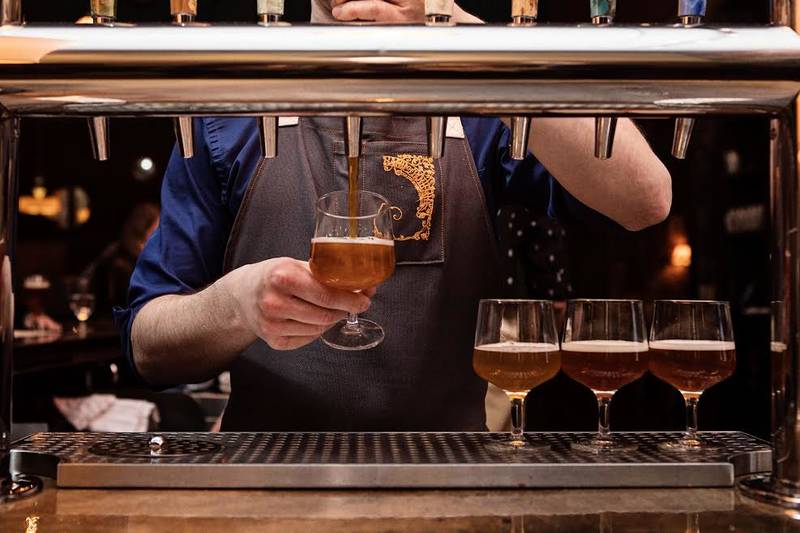 Dining and drinking deals and events in Chicago for June 15-22. ... Read more 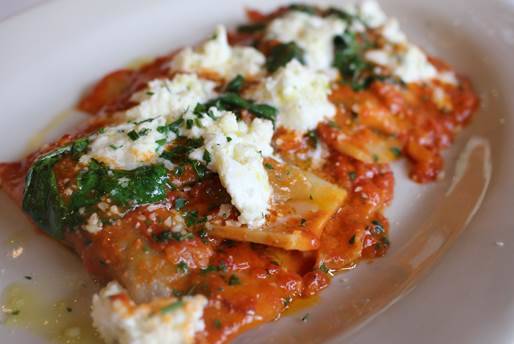