A Tanta-lizing Taste of Peru in River North Restaurant

The first time I tried South American food I was at Epcot and it was revelatory. There's just something so special about enjoying a flaky, beefy empanada under the watchful eye of Mickey and co. It was a small foray into ethnic eating at the time, but that introduction into a new realm of cuisine was an eye-opener, and as a youngtser, it showed me that there is a whole world of food beyond mom's shepherd's pie and American chop suey. I haven't felt quite this riveted in years, until my recent dinner at Tanta restaurant that is. The Peruvian newcomer boasts the reputable talents of world-revered chef Gaston Acurio, credited with elevating Peruvian food to haute cuisine status much like Rick Bayless has done with Mexican. His restaurant Astrid y Gaston in Lima, Peru, is heralded as one of the preeminent Peruvian restaurants on the planet. The arrival of the Acurio brand in Chicago understandably comes with much anticipation, but despite the feverishly high expectations, the chef and his partnership team at VBD Group, LLC have managed to construct a restaurant and an experience as other-worldly as a Disney theme park. 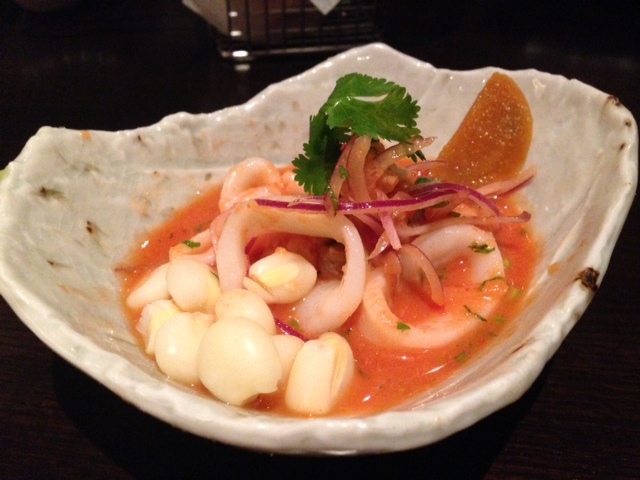 
Tanta is a smart mix of contemporary and traditional, housed in a lively space emboldened with a comic book-like mural, sturdy wood walls, a comfortable bar, and a happening scene. To dine here is a transportive escape out of River North and into the urban wilds of Lima. Servers, food, cocktails, and decor jive together like a well-oiled machine, curating a vacation-like experience on par with that of tiki temple Three Dots and a Dash down the street (trend alert: places that distract you from the fact that you live in Chicago!). The best way to start a meal at Tanta is with some pisco, Peru's native spirit. You'd be painfully remiss in passing on this vivifying elixir, available in a fairly traditional albeit gorgeous pisco sour and in a tropical pisco punch, which they pour on tap. Both are mighty potables, at once bracing and thoroughly quenching. 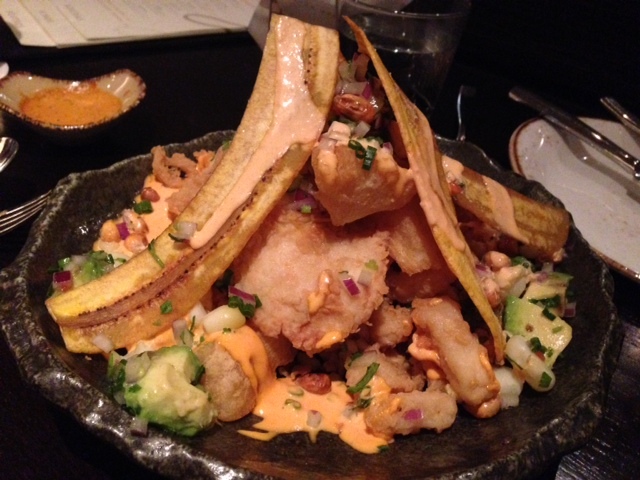 
Food at Tanta merits a semester's worth of studying in order to fully comprehend. Being the melting pot culture that it is, Peru boasts ingredients and flavors derived from Japan, Spain, and other disparate sectors of the world. The restaurant bounces around the globe with its various menu sections, offering a riff on Japanese nigiri on one side and adobo sauce on the other. Best to sample a cross-culture of dishes to embrace Tanta's talents, and while Acurio is not omnipresent in the kitchen, his refined skillset is definitely palpable. An order of cebiche is a refreshing way to begin. The freshest fish of the day are jazzed up with lime and aji, prepared to order, and served as a spicier alternative to ceviche. I liked the mixto for its plump squid and shrimp, awash in a potent broth infused with rocoto peppers and speckled with buxom kernels of Peruvian corn. Although not the prettiest belle of the ball, one of my favorite dishes of the evening was the pulpo anticuchos, octopus skewers curiously bereft of skewers. Anticuchos are described on the menu as traditional skewers from the streets of Peru. Fine. But that's a bit of a misnomer when none of these items arrive skewered. A bit difficult to eat, but the charred octopus morsels were as succulent and meaty as any a cephalopod I've tasted. Things get starchier with the causitas, a portion of the menu containing different fish preparations served over whipped Peruvian potatoes. Since I'm a sucker for sweet potato, that's the route we chose, bedecked with fluke, escabeche, and an Andean herb called huacatay. Potatoes were as smooth and fluffy as a Thanksgiving feast, but a tad overwhelming for the fish, as everything sort of melted together, absorbed into the potatoes. Of the larger plates, seafood is king. Particularly the jalea, Peruvian-style fried seafood served with fried yuca, avocado salsa, and cebiche sauce. It's essentially Peruvian fish and chips, with an assortment of breaded and fried fish and shellfish tossed with crisp plantains, and toothsome yuca. The seafood was sublime, particularly the rings of squid reminiscent of the most comforting calamari, but the yuca was a little dense and overly starchy for such a preparation. But really, I'm not one to gripe about deep-fried spuds, regardless the density. Avocado enrichens the dish with its smooth buttery essence, while a smattering of corn, onions, and herbs over top make this one of the most vibrant entrees I've had in a long time.


There is much to see, smell, and sample at Acurio's newest Peruvian temple. It's about as blissfully overwhelming as a trek through Epcot, and a welcome escape from the normal homogeny populating River North. 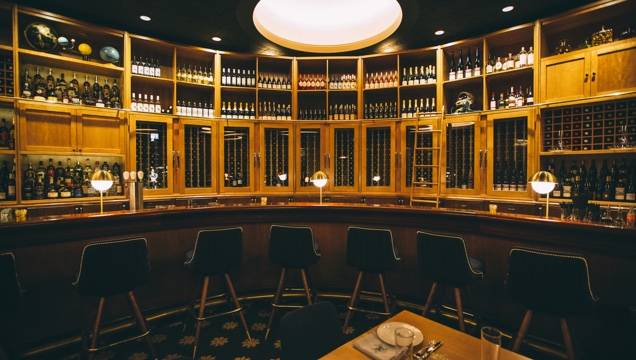 Whether you're looking to pick up some pies or indulge in a prix fixe feast this Thanksgiving, there's a Chicago restaurant for you. ... Read more 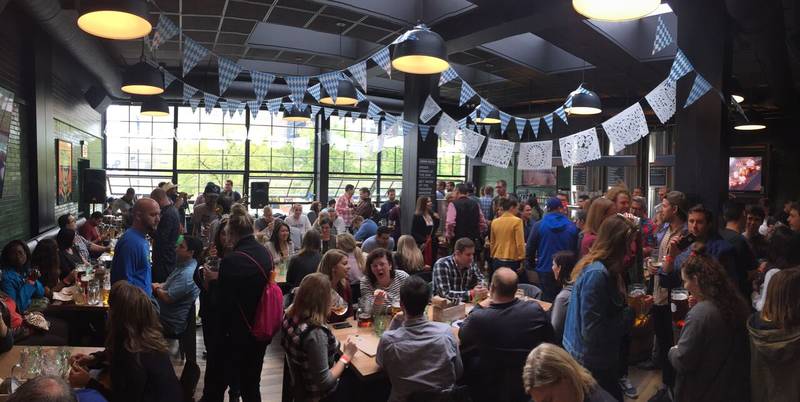