What's New On the Table at Table, Donkey and Stick

Table, Donkey and Stick can be construed as a burly restaurant, largely due to the Alpine undertones woven throughout the menu, but rest assured this place is as rigorously local and seasonal as the most farm-centric dining destinations in Chicago. When the restaurant opened last year, the cold weather beget the kind of hearty fare a Chicagoan might expect if they were traversing a mountain range, hunting, curing, and cooking their own food, but with the intuitive skills of a chef. The opening menu sort of gave Table, Donkey and Stick this hearty reputation, but as the dynamic restaurant has shown through spring and now into summer, they've proven that Central European inspiration can handily be adapted to Midwestern sentiments and seasons. Managing partner Matt Sussman and chef Scott Manley are a power duo sharing the vision that seasonal, great ingredients, coupled with dexterous culinary craft, allows them to bridge the gap between the Midwestern flatlands and the European mountains, and oh what a delicious bridge it is.


The menu at Table, Donkey and Stick changes frequently, so much so that only one dish remains from the original menu, while the rest has made way for other seasonally inspired fare. Charcuterie is a big part of the concept at Table, Donkey and Stick. Think about it, if you were trekking the Alps, wouldn't you prefer rillettes over cupcakes? The wanderteller section contains a troupe of meaty items, such as pheasant galantine, lardo, duck liver mousse, pork rillettes, beef tartare, and schweinekopf (pig head!). There's a solid selection of cheeses as well, from blue to goat, served with sunflower-oat bread, honey, and candied walnuts. Small plates and entrees offer an composite of Central Europe-meets-Chicago flavors. The soft Swabian pretzel is a menu mainstay, joined by the likes of a buttermilk-tastic spring vegetable salad; fried chicken livers with poached egg, barley milk puree, nettles, sour beer mustard, and charred green garlic; cured salmon with chamomile pudding, cherries, young mustard greens, and pretzel crumbs; and sautéed frog legs with bacon jam, beluga lentils, leeks, pickled garlic, and blueberry. Larger plates seamlessly toe the line between refreshingly summery and rustic comfort, as evidenced by molasses-glazed parsnips with fava bean fritters; roasted chicken with smoked pickled spring onions, bulgur wheat, boiled peanuts, and chicken hearts; rainbow trout with asparagus, candied black sesame, farmer's cheese, ground ivy, and hard cooked egg; and the Alpine burger with Bodensee Butterkase, a lye-dipped pretzel bun, onion marmalade, latkes (!), horseradish aïoli, and apple mostarda. Now THAT is a burger.


And speaking of Alpine burgers, Table, Donkey and Stick starts weekly burger nights next Wednesday, June 26. For $15, guests get a burger large enough to fuel a mountain voyage, a pint of beer, and a shot of bitters. If that doesn't give you an invigorating jolt, check your pulse.


There is much to explore at Table, Donkey and Stick these days. The restaurant keeps it fresh and vivid, offering something novel in the local dining scene by drawing upon Central European traditions and infusing them with Chicago's best. 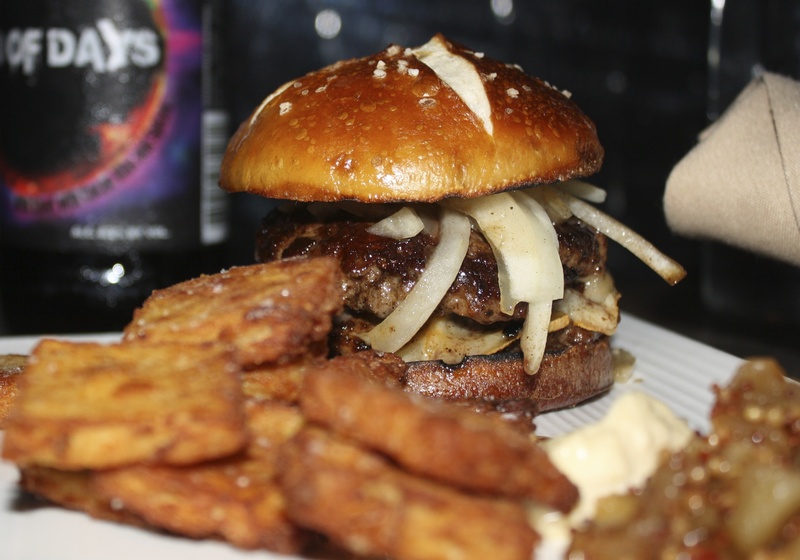 (Sink your teeth into this.)

Sweet of the Week: Frozen Custard at Lickity Split
Secrets of the chefs: Will Johnson, Filini 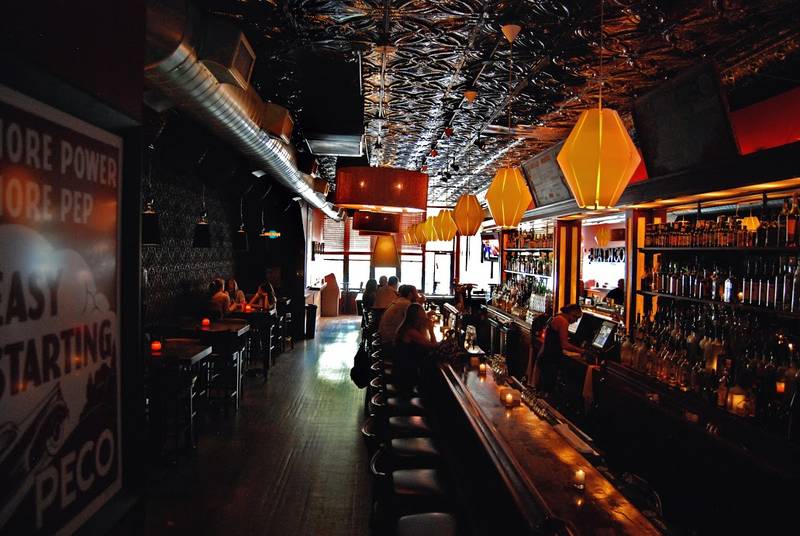 From glowing skull cocktails to offal-themed dinners, here's where to eat and drink this Halloween season in Chicago. ... Read more 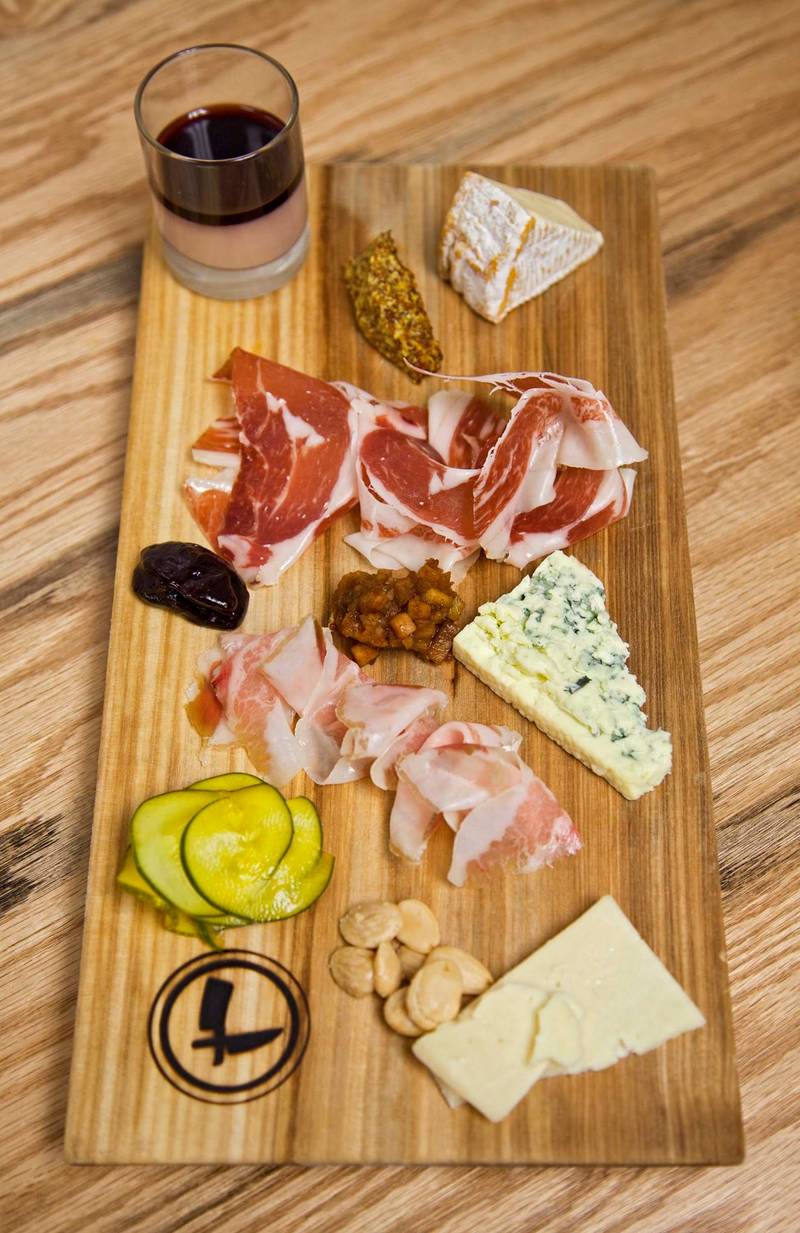 Cured meat is serious business at these temples of charcuterie. ... Read more 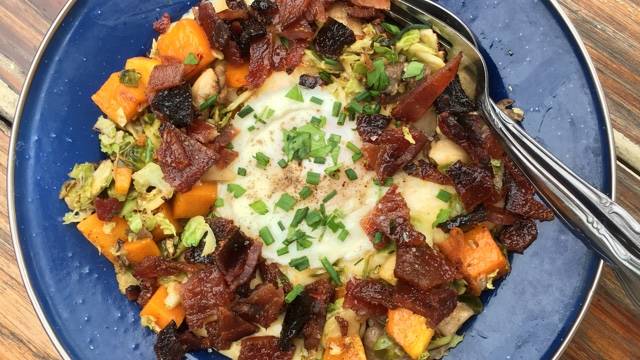