Sweet of the Week: Brownie at Reno

I have a hard time going to Reno very often, and I'll tell you why. It's not because it's unwelcoming or stark, nor is it because the coffee and food are lacking. Quite the opposite, actually. I'll go to Reno with the intent of just getting coffee, or something healthy like a yogurt parfait, and I'll wind up stupified by the array of pastries and desserts unfairly laid out before me like a temptress buffet that I want to crawl through. Anytime I approach the counter, my convictions are tossed out the window and I pace in front of the dessert display like a lion stalking a gazelle. Pastry chef Katie Wyer is always whipping up exciting new creations, like scone bread pudding, tiramisu pie, and iced sweet potato cookies. My latest willpower failure came in the form of her brownie, easily one of the best brownies I've ever had.


Growing up, I used to eat Little Debbie brownies with reckless abandon. Ya know, the ones speckled with walnuts or whatever they were pretending to be. At one point, my mom stopped buying the nut brownies and switched to "cosmic" brownies, which were exactly the same thing but with neon-colored candy dots in lieu of nuts. The brownies were fudgy and rich, precisely how I like my brownies. Save your dry, crumbly brownies for the bottom of a well, because I have no need for them. Reno's brownie is like Little Debbie with a rampant steroid addiction. Not only are they fudgy, but they taste almost like pure brownie batter, baked ever so gently so as to keep it moist like frosting. It's soft and gooey, not super dense, with a layer of chocolate frosting coating the exterior. As a nice little surprise, the brownie is studded with butterscotch chips, adding a nice caramel flavor. A few cocoa nibs are sprinkled on top, providing a bit of crunch. I mean, they're not neon candies, but they'll do. 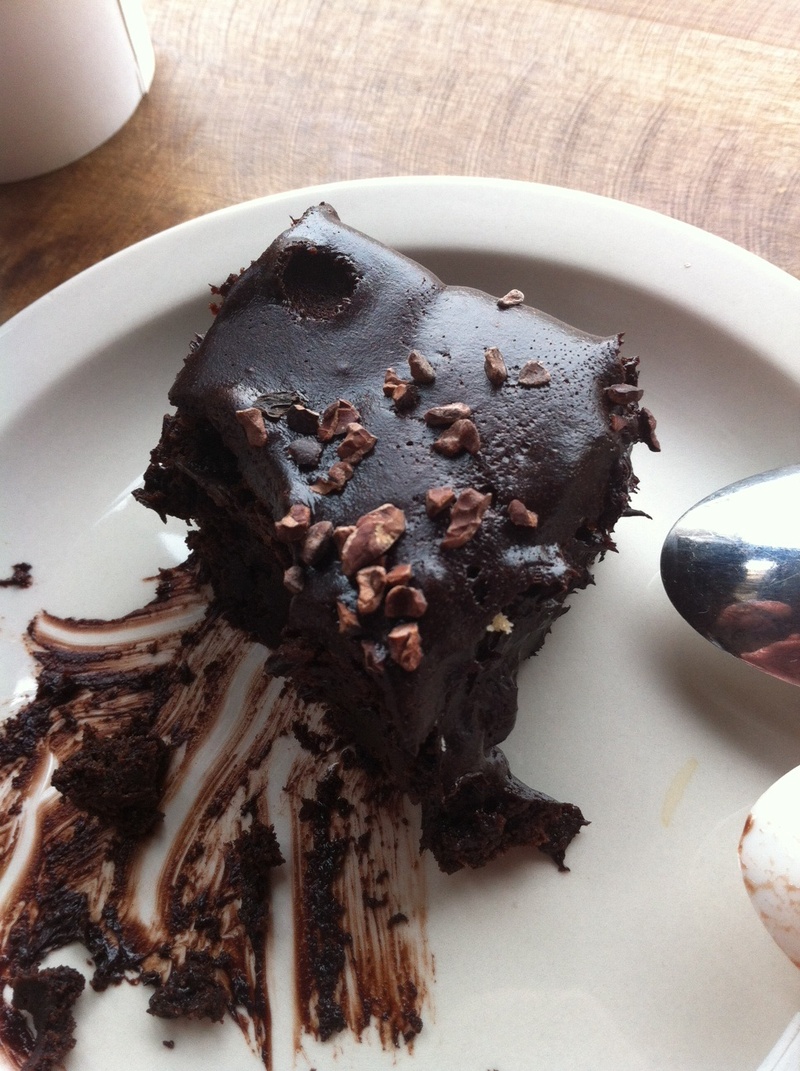 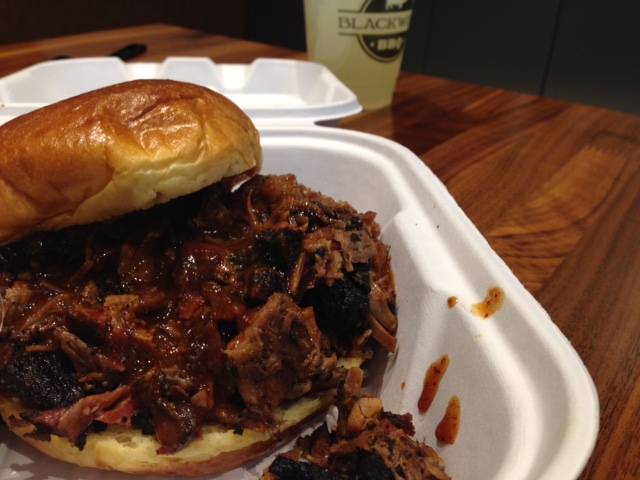 Dining Chicago: Get Your Middlewest on at Reno 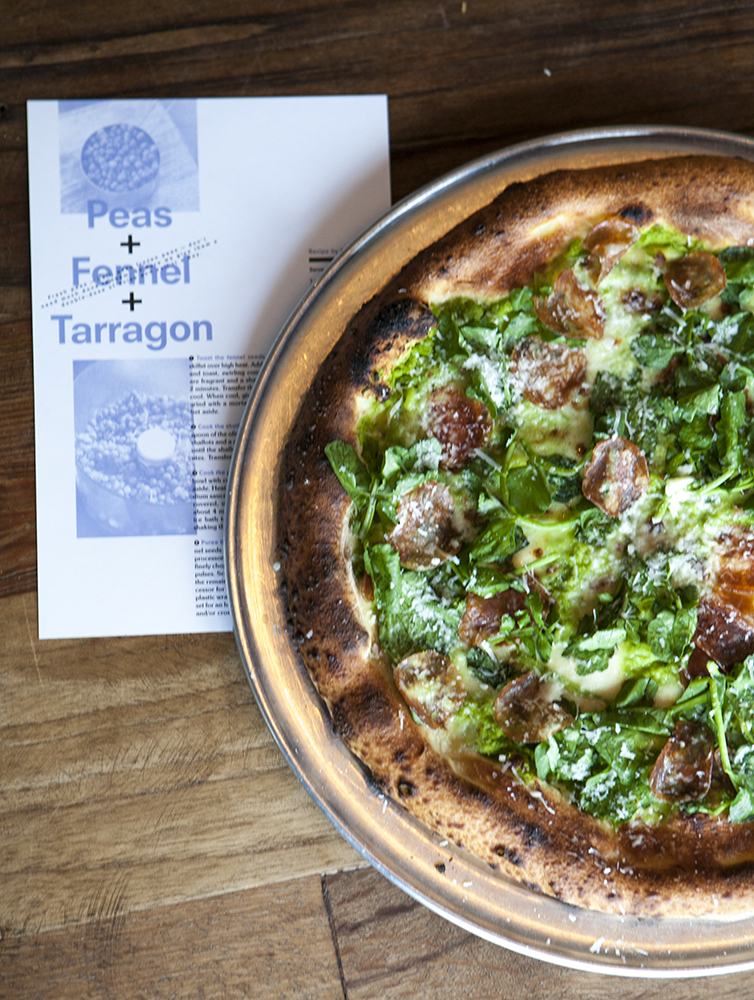 Reno is cooking its way through Middlewest magazine, the new-ish recipe publication from David Tamarkin and Erica Gannett, offering several dishes on their current menu and capping it with a Middlewest dinner on July 15 at a Chicago Restaurant. ... Read more 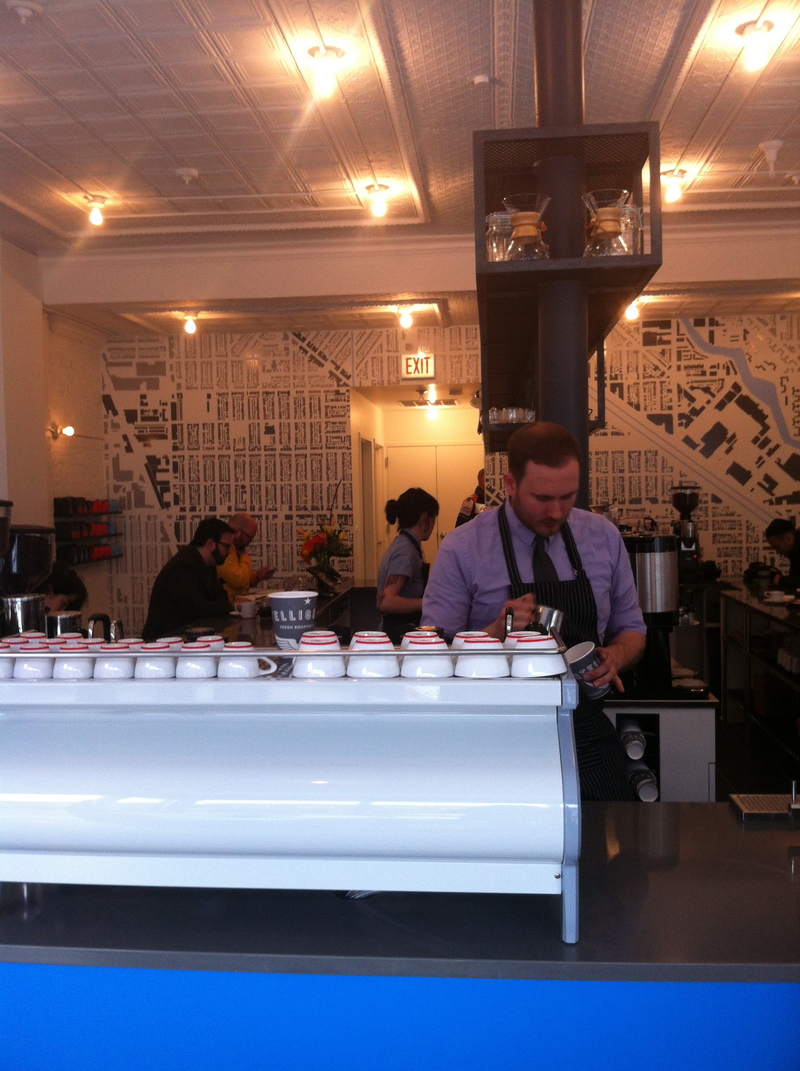